This man shuts down the most popular anti-abortion stance with one simple question.

Given a very simple choice, people often refuse to give a simple answer. 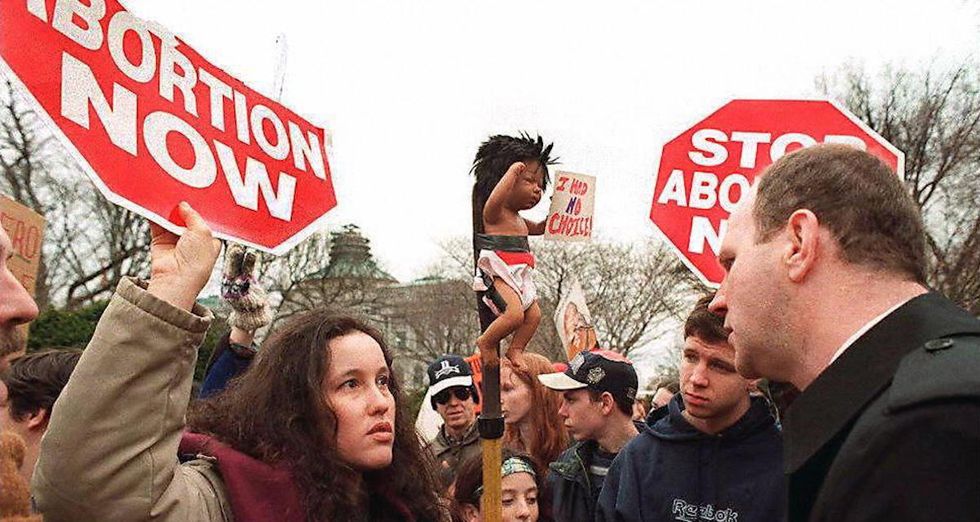 A common refrain from anti-abortion activists is “life begins at conception,” with the implication that an unborn fetus, embryo, or even zygote carries with it the same humanity and right to life that any living, walking human does.

However, Twitter user Patrick Tomlinson shared a hypothetical question based on the “life begins at conception” premise that he says hasn’t elicited an honest answer in 10 years.

In posing this question, he proves the adage is little more than an impractical, theoretical pretense used by pro-lifers to evade an honest discussion.

He sets up the question by indicating it allows the respondent two options.

And then, he begins the question:

At this point in the hypothetical, one can likely see what decision must be made.

If 1,000 embryos are just as much human life as any walking child or adult, then pragmatism would dictate that saving the embryos is the more virtuous act. But when pressed with the scenario, Tomlinson claims that he has never gotten a straight answer to what is a very simple and direct question.

Which do you save from the fire: a 5-year-old child or 1,000 human embryos? Tomlinson argues the choice is obvious because “they are not the same, not morally, not ethically, not biologically.”

He goes as far as to say, based on his experience with anti-abortionists who use this line of logic, that there are no people who truly believe that an embryo is worth as much as a human life.

The assertion that an embryo is as alive as a person is meant to goad an emotional response from a person rather than a practical or logical one.

Finally, Tomlinson affirms that this type of blunt question is one that a respondent can’t equivocate or evade, and as such, the question can serve as a method of forcing someone beholden to this line of thinking to confront the issue in black-and-white fashion rather than clouding it with emotion.

And for those who try to nonetheless…

...well, they find themselves unwittingly buying into the very premise that Tomlinson poses, despite their best efforts.