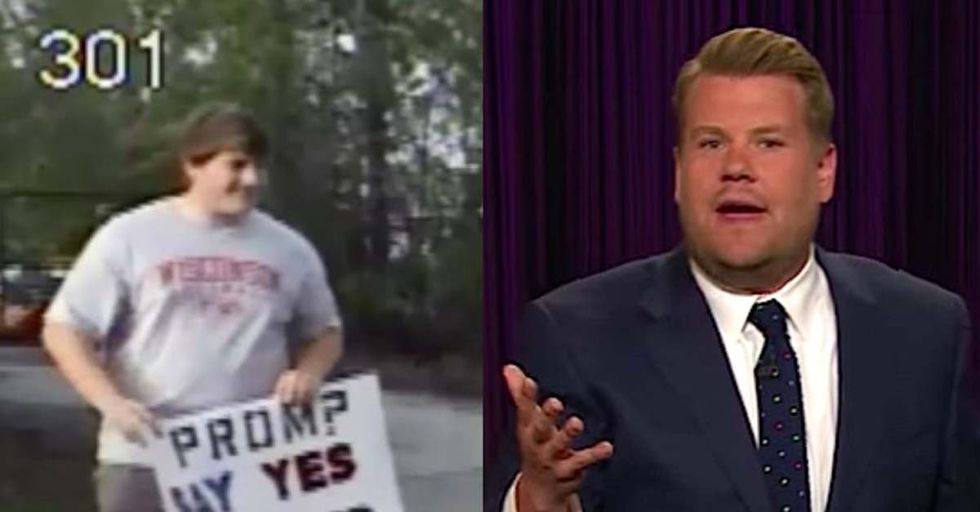 Thanks to the rise in social media usage by teens, prom invites are no longer simple “yes” or “no” questions. For the sake of posterity, shareability, and Instagram likes, asking a girl or guy to the prom is often a big production that adds even more pressure to the already stressful proposition of asking someone out.

Many handle it with grace, creating a cute event or sign to pop the question:

But sometimes, a misguided soul will harness enthusiasm and creativity, only to deploy it in the wrong way. One such teen boy from Georgia busted out what late night host James Corden called “the worst promposal ever.” Considering there are a lot of bad promposals out there, one would have to clear a really high bar to claim that title.

Well, I think this boy did it when he convinced his potential date that she was under arrest for marijuana possession. Dashcam footage of the bizarre promposal actually ended up on the Facebook page of a local police department for all to see.

(It’s about as romantic as it sounds.)

Not to ruin the big surprise, but the nerve-racking affair ends with a sign reading "Say yes or you're under arrest."

She did say yes, but James Corden, upon catching wind of the video, laid into the suitor for his diabolical and inexplicably terrifying approach.

James Corden seems to be just about the most laid-back guy in the world, so when you get him to utter the words, “F*ck this kid,” you’ve probably overstepped the line of good taste.