When Your Facebook Gets You As Crunked As Sugary Breakfast Cereal

An art exhibit explores our increasing addiction to being plugged in. 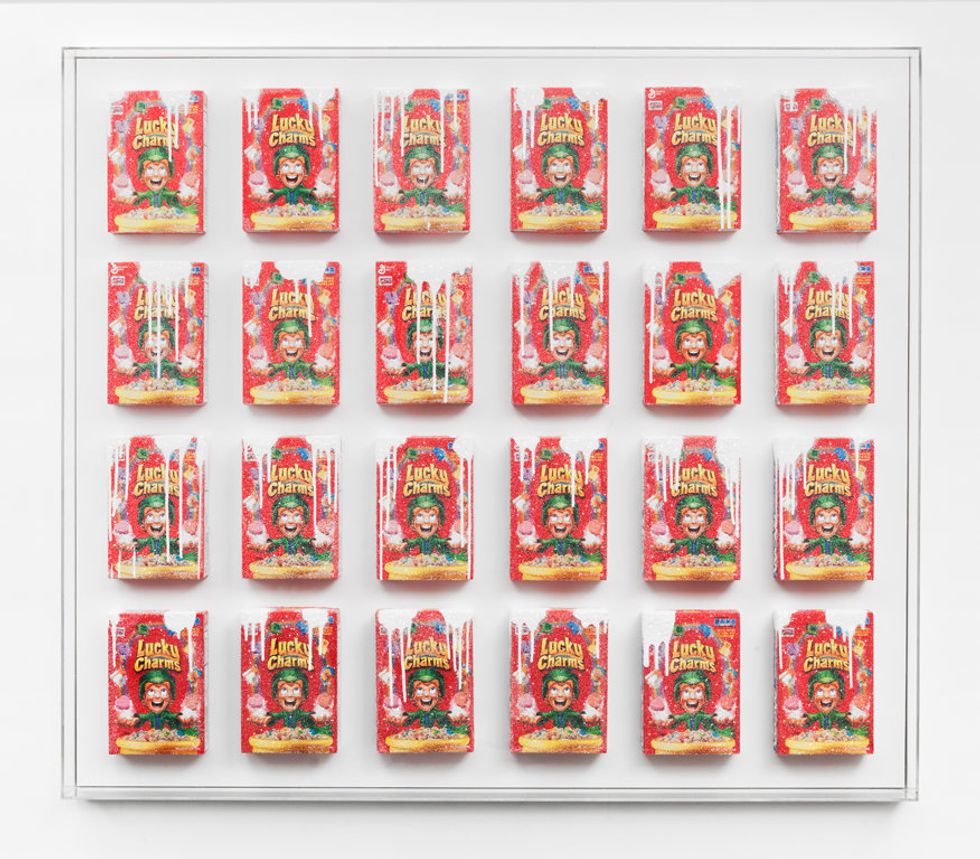 Humans are addicted. We are addicted to so many things, but the addiction to our phones is perhaps the worst offender. It’s hard to even drive your car without glancing down at the buzzing little perpetrator. We subject ourselves to constant stimuli, without even knowing what this dependency bodes for the future. Artist Rachel Lee Hovnanian already feels the fatigue, which she investigates with a new art exhibition, Plastic Perfect, at Leila Heller Gallery in New York.

“I’ve definitely become an addict, and I really feel the repercussions when I don’t connect back to nature,” Hovnanian tells me over the phone from New York. “I’m just as guilty, but I know that I need to unplug, otherwise, I’m going to become anxious.”

The show consists of three imaginary—but very imaginable—situations, brought to life through realistic installations and photography. The show opens with “Perfect Baby Showroom,” a science fiction-inspired set where babies rest in a nursery made of laboratory incubators, ready for parents to select their physical characteristics. From there, this “perfect baby” moves to another site-specific installation, “In Loco Parentis,” where she perches in a highchair, eyes affixed to a screen while a giant white mouse eats whatever it likes from the refrigerator—everyone in this fictional household is too preoccupied with their devices to notice the mess.

The third section is a series of photographs, “Foreplay,” which depicts couples in bed, paying attention to their phones rather than each other. Hovnanian acknowledges that this scene is nearly true. “Doing Instagram, I can’t even look up from my phone,” she says with a laugh. “I say, ‘God, what am I doing?’ It’s not just Americans; our whole world has changed. So many things for the better—look, I’m talking to you all the way across the country—but now I’m finding I’ll be having coffee in the morning, and I’m answering emails from China. All of a sudden, you don’t have intimate time for those close to you. You’re being interrupted all the time.”

Hovnanian equates the feeling she gets regarding the overuse of technology to the original assumption that sugar cereal wasn’t bad for you. In fact, she recalls believing that the sugar was actually marketed as an energy boost—as something that was good for you. “With marketing, we’re told all these things, and we believe it,” Hovnanian says. “Now they say, ‘It’s a lot of fun to have social media, and it will save you more time if you have email,’ but I feel like I’m on a treadmill. I’m saying, ‘Wait a minute, these are similar things that they’re telling us, but meanwhile you see kids addicted to games at two years old.’ Somebody I know, their first three words from their baby were, ‘Mama, Dada, iPad.’ Technology has done so many great things, but we don’t know yet what’s going to happen in the future.”

Sugar cereal becomes a motif in the show—the babies in the lab rest on pillows of Lucky Charms, and Hovnanian has even set up a satellite pop-up exhibition in SoHo called Instant Gratification, where she will offer free wifi and Lucky Charms, neatly packaging the two addictions together.

Hovnanian feels like a lab rat. Tech companies continually pump out new products, and are just waiting for the results of the mass human experiment. “When they are doing tests, [they find] more marriages are unhappy, people are anxious, and I feel like it’s saying, ‘Look how fast this is happening, and they’re testing us all,’” Hovnanian says. “We’re so addicted to our technology. Are we happy like this? Do we need to pay attention to it?”