Never kill your houseplants again: This robot planter chases the sun and demands to be watered. 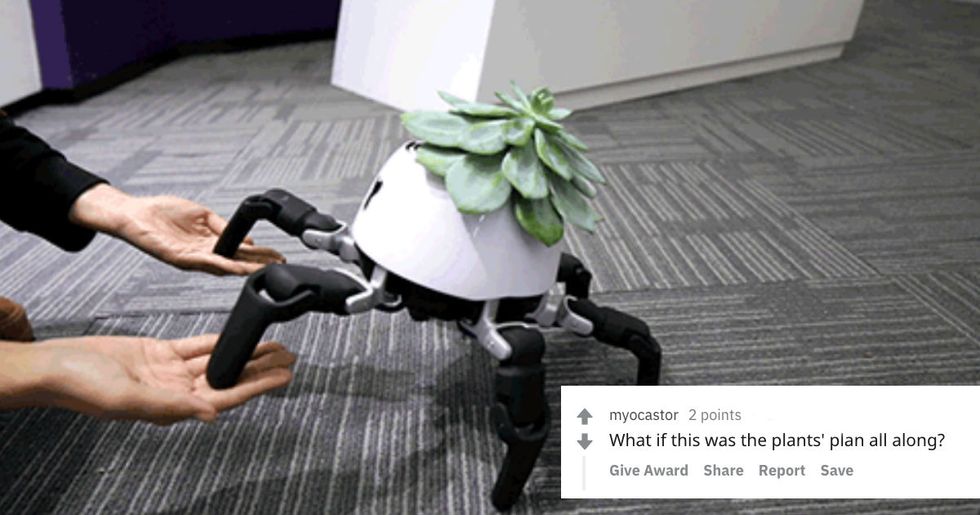 This one adorable robot that looks like it could get a standalone “Star Wars” film. Chinese roboticist and entrepreneur Sun Tianqi has created a six-legged spider-like robot whose sole mission in life is to care for a plant.

The robot finds sunshine when the planet needs it and relaxes in the shade when it’s had enough.

It even does a bratty little dance when it needs water.

Tianqi was inspired to create the robo-plant hybrid after seeing a sunflower dying because it was planted in a shady area. So he decided to create a robot that would give plants the ability to move around and, in some respects, have more self-directed choices.

The inventor believes that plants are “eternally, inexplicably passive” and have “the fewest degrees of freedom among all the creatures in nature.” So Tianqui has created a robot that can interpret the plant’s desires (sunshine, water) and carries them out.

This is all fine and cute until the robo-plants decide to give humans their rightful comeuppance for all the destruction they’ve done to their environment.