Despite having a nondiscrimination policy in place, the luxury retailer tries to throw out a former employee’s discrimination lawsuit citing “transsexuals are not a protected class” under 1964 law. 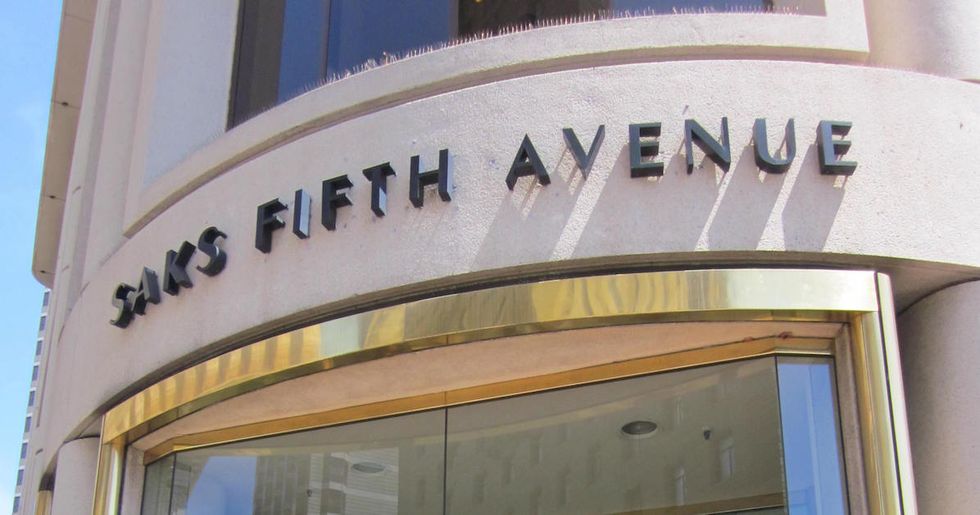 In 2012, Leyth O. Jamal, a transgender woman, was fired from a Saks Fifth Avenue in Texas. She filed a discrimination lawsuit against the luxury retailer in December 2014, citing that her dismissal was due to her refusal to stop expressing her gender identity while on the job. Jamal claims that management ordered her to “separate her home life from her work life,” demanding that she adhere to more masculine standards of dress and use the men’s restrooms. When she failed to comply, and dared to speak out against the hostilities she was facing, she was terminated.

Beyond denying the allegations, Saks filed a motion on December 29, 2014, requesting that Jamal’s lawsuit be thrown out entirely, insisting that the Civil Rights Act of 1964 that Jamal was staking her lawsuit’s grounds on didn’t legally apply to her as “transsexuals are not a protected class under Title VII” (which bans employment discrimination rooted in race, religion, or sex). Thus, Saks believes it’s well within its rights to hire, fire, or discipline Jamal—or any other persons of “‘non-traditional gender,’” as Saks’s legal team describes Jamal—however they damn well please. And, adding insult to injury, every mention of Jamal’s gender by Saks’s legal team is accompanied by a “[sic],” indicating the attorneys and client disagree with Jamal’s chosen pronoun.

Saks’s motion was filed soon after Attorney General Eric Holder mandated that transgender people are protected under Title VII in a memo, and apparently is choosing to turn a blind eye to the Equal Employment Opportunity Commission’s ruling in 2012 that discriminating on the basis of gender identity is in line with illegal sex discrimination.

Jamal’s case has seized the attention of the Human Rights Campaign, the largest LGBT rights group in the States, who has since suspended Saks’s former highly favorable 90 percent rating on their Corporate Equality Index, a measurement of the LGBT policies (or lack thereof) of companies. Ironically, while Saks does have a nondiscrimination policy in place that accounts for gender identity protection, they argue that “policies in an employee handbook do not create a contract.” We’d then like to know why exactly these policies are written? Some light reading to peruse during a bathroom break? (Make sure you use the correct restroom, though.)

Kathleen Ruiz, Saks’s Senior Vice President, said in an email to Bloomberg that the company couldn’t comment on pending litigation, but issued a perfectly bland boilerplate statement reaffirming the company’s “long history of policies and practices that are fully supportive of the LGBT community.”