Don’t worry, you can still take pictures and pet the dolphins—at your own risk. 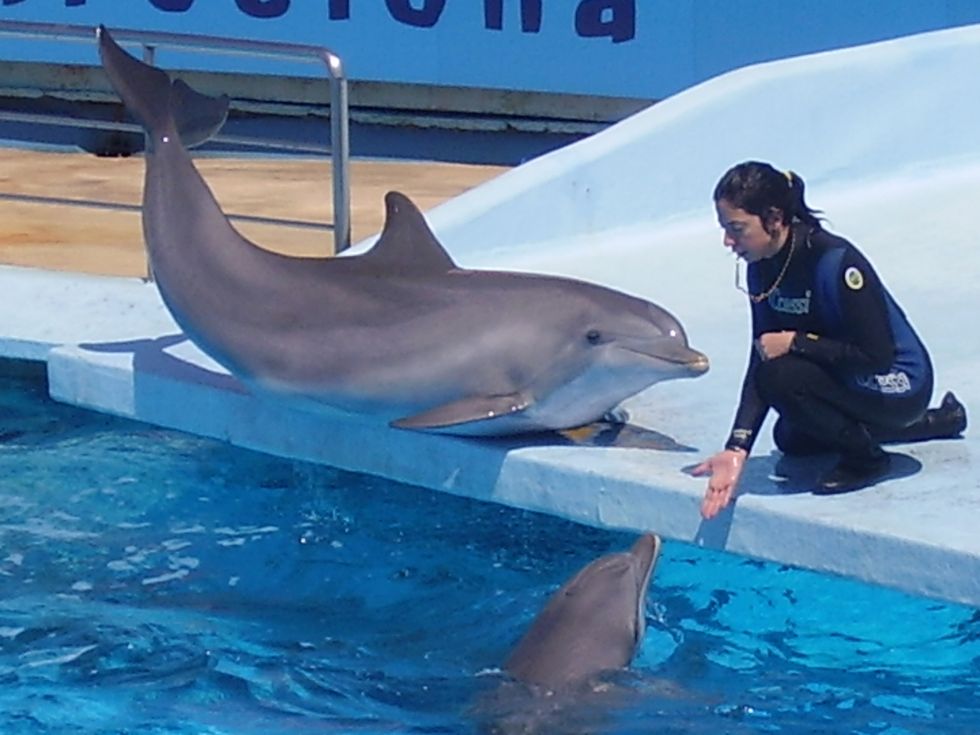 SeaWorld, the subject of the 2013 CNN documentary Blackfish, has received heavy criticism from advocacy groups and legislators for the treatment of its orcas, also known as killer whales. The treatment of its other marine creatures has often been overshadowed by the controversy surrounding Tilikum, the subject of the documentary. However, according to ABC, SeaWorld Orlando is ending its policy of allowing people to directly feed the dolphins, the most recent change in the company’s practices on how animals and humans can interact.

The Guardian reports that previously SeaWorld visitors could buy small trays of fish for $7 and feed the dolphins directly. Starting next month, visitors can instead purchase $15 packages that allow them to touch and take pictures with dolphins under a trainer’s supervision.

SeaWorld Orlando is the last of the three U.S. SeaWorld locations to allow the public to feed its dolphins poolside. A spokesman told the Orlando Sentinel that the new program is similar to ones currently offered in San Antonio and San Diego.

“We made this change to elevate the guest experience,” SeaWorld spokesperson Aimée Jeansonne Becka said via email to the Guardian. “This new program is for those who would like to interact with the animals in an even more up-close and personal way, and have a reserved time and opportunity to do so.”

Mark Palmer, associate director of the International Marine Mammal Project at the Earth Island Institute, told the Orlando Sentinel that he believed the change in procedure is "a good move." Visitors could accidentally drop toys, pennies, or other harmful things into the pools that dolphins could eat.

According to Palmer, public pools where large groups of people can feed dolphins is unusual, because dolphins are "so prone to issues of stomach problems and things like that; most aquariums wouldn't do it."

A petition on TakePart.com that called calling for an end to the public feedings has more than 24,000 signatures. It claims that "most animal theme parks have discontinued dolphin-feeding programs because of the risks to the dolphins and the untrained public”.

Another argument for the ending of public feedings was that this move would reduce the number of incidents of dolphins biting people who were feeding or petting them. Over the years, there have been a few reported incidents of children being bitten, and in 2012, a video of a dolphin biting an 8 year-old girl on her arm at SeaWorld Orlando made national news.

SeaWorld has been hurting financially in the last year, possibly due to what some call the “Blackfish Effect.” The Guardian reports that stock in SeaWorld has declined since the company went public in early 2013 and that by August 2014, following a poor quarterly report, the stock price fell by almost one-third to $18. Likewise, the Blackfish Effect extended to park attendance, with a decline from 8.9 million visitors to 8.4 million, despite cutting ticket prices.

SeaWorld officials are, of course, positive going into 2015.

“Clearly 2014 has been a challenging year, but I am confident we are taking the necessary steps to address our near term challenges and position the company to deliver value over the long term,” Jim Atchison, CEO and president of SeaWorld Entertainment Inc, said in a statement.