These Sexist, Old Postcards Are Eerily Similar To Tweets By Trump Supporters 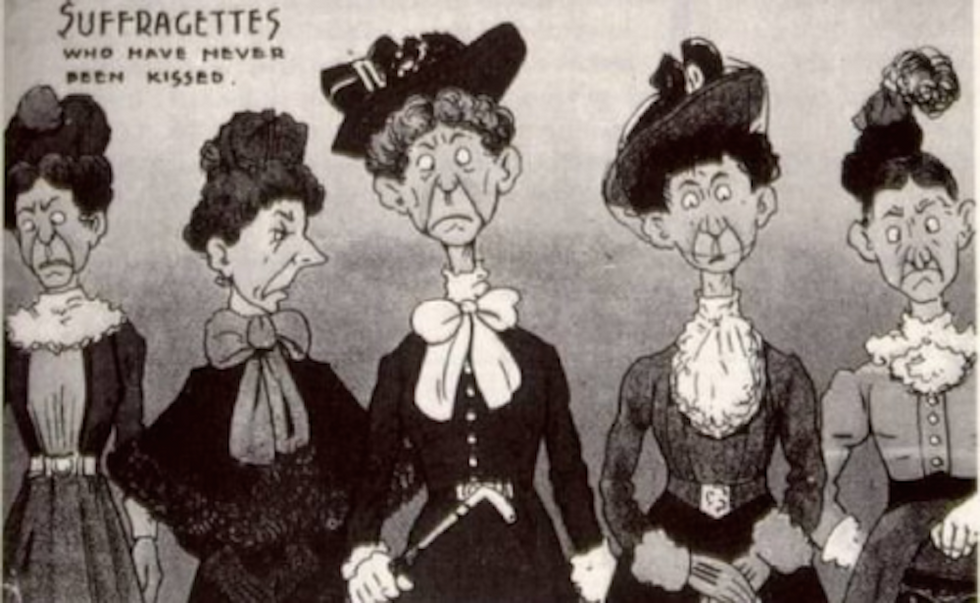 After Nate Silver, editor-in-chief at FiveThirtyEight, published a graphic showing how Hillary Clinton would have won in a landslide if only women voted, Trump supporters rallied behind the trending Twitter hashtag, #RepealThe19th. As in, Trump supporters wanted to repeal a woman’s right to vote in order to secure a Trump presidency.

As insane as this phenomenon sounds, it came just a week after Donald Trump defended sexual assault and dismissed his crude, misogynistic language as “locker room talk.” Despite the fact that women have had the right to vote for nearly 100 years (or only 100 years depending how you look at it), it seems Trump’s frenzied campaign has unearthed a deep-seated fear among conservatives. Driving that point home, the hateful comments and violent threats Trump supporters have flung around Twitter lately have eerie similarities to the comments cowardly men made when women fought for their right to vote in the early 20th century.

From infantilizing women, to calling them nags, to threatening physical violence should they gain equal rights, it seems the only difference between the terrifying propaganda of the early 1900s and equally haunting tweets of today, is that the latter are one click away from disseminating. Keep scrolling to see the cringeworthy similarities for yourself.