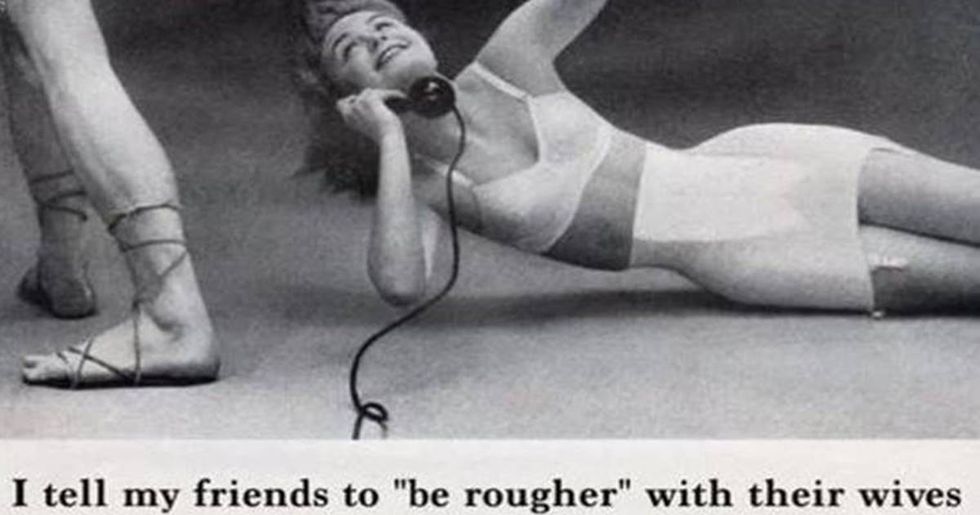 When Donald Trump unleashed his “Make America Great Again” slogan, for many it was a dog whistle for returning America to the 1950s and 1960s when women and minorities were treated as second-class citizens. To show how Trump’s current views reflect ugly ideas from the past, Saint Hoax paired some of Trump’s misogynistic quotes with sexist ads from the ’50s and ’60s for a project the artist calls “Making America Misogynistic Again.”

“The headlines and visuals strongly complement each other, although there’s almost a 30-year gap between them,” wrote Saint Hoax. “The way women are represented in the media has shifted drastically since these advertisements were initially published,” Saint Hoax told The Huffington Post. “Sadly, Donald Trump is trying to take America back to the Mad Men era. I’m hoping that these posters would make people realize that Trump’s ‘locker room talk’ is extremely dangerous.”