Protest art for the Trump administration 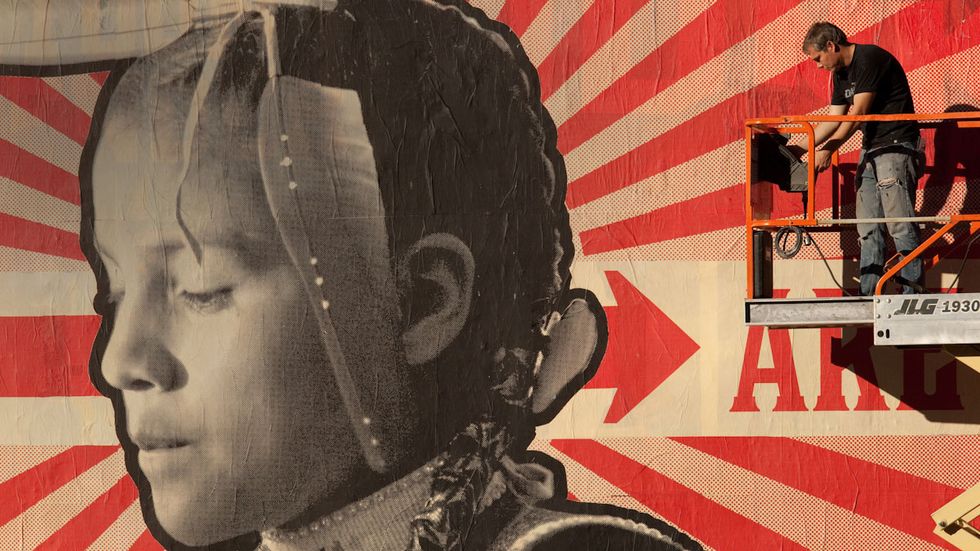 Shepard Fairey painted his iconic “Hope” poster during Barack Obama’s ’08 run, creating a frenzy around the young senator from Illinois who seemed to believe in America more than anyone else did. It helped drive President Obama into the White House, ingratiating itself into the narrative of the campaign.

Well, Fairey’s back. This time with artists Jessica Sabogal and Ernesto Yerena, creating three new images featuring three new faces that will soon be all over the country this coming inauguration. The project is called “We the People,” and it’s being done and distributed in collaboration with The Amplifier Foundation—a non-profit with a mission to push social change through art. They’ve already raised more than $1.3 million for the effort on Kickstarter, with the money’s intended mission to go toward three full-page ads in The Washington Post, making sure everyone will have access to these images of protest.

Downloadable from the Amplifier Foundation's page

If you want to get your hands on these posters for protests in your own city, you can go ahead and download them from the Amplifier Foundation. In fact, if you’d like to join the Women’s March on Washington, you can download and print out these posters to take with you as you join the rest of the electorate in trying to sway your representatives.