They have body-positive mannequins in their stores, too. 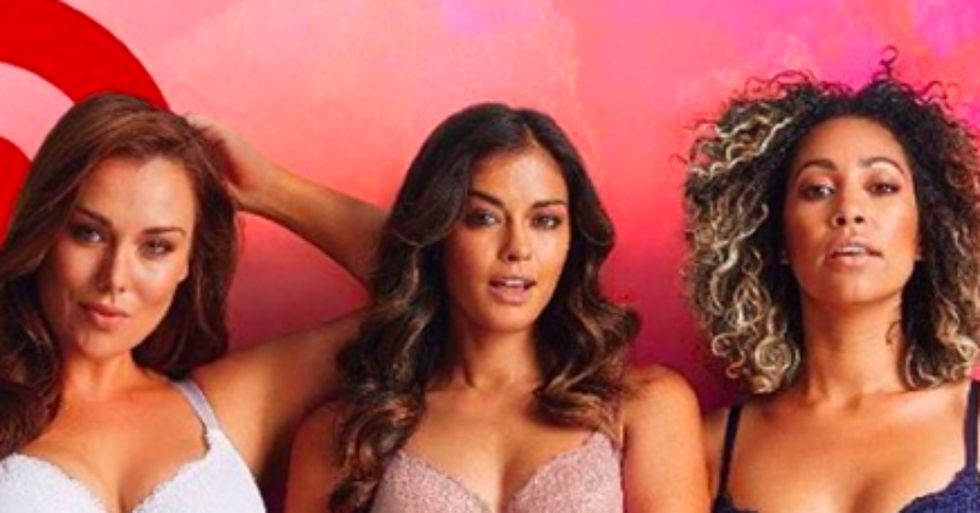 Target has revealed a sexy new Valentine’s Day ad for lingerie — but, unfortunately for those of us in the United States, the campaign is running only in Australia. The ad features three women with realistic body types posing in seductive lingerie, proving that you can be sexy without having to be a size two.

This isn’t Target Australia’s first foray into using natural-looking women in its advertising. Last year, it released a campaign for swimwear that featured women with a wide variety of figures and body-positive captions. Target’s commitment to presenting body-positive images of women has extended to its sales floor, where it proudly features mannequins that go up to AU size 20 (U.S. size 16).

“We know how important it is to be accessible for real Australians,” Target Australia managing director Stuart Machin said in an interview with the Herald Sun. “The real-sized mannequins will take this commitment to diversity one step further, by helping everyday women to accurately see what clothes will look like on themselves and on a body that they can identify with.”

As with everything else in business, if Target Australia’s customers hadn’t responded positively to its new, more inclusive direction, the strategy would have been thrown out the window pretty quickly. Target must have seen the same sales bump that American Eagle’s lingerie line, Aerie, saw after it stopped photoshopping its models and began using realistically proportioned women in its ads. As consumers, it’s our job to not only shop at stores that feature products we like, but to support businesses that feature diversity in their advertising as well. If brands that feature real-looking women are supported at the cash register, we’re sure to see greater inclusivity in their catalogs, television commercials, and social media posts.