Internet Raises $40,000 In 24 Hours Following The Death Of A 13-Year-Old Victim Of Bullying

Raising awareness about the tragic consequences of bullying in schools 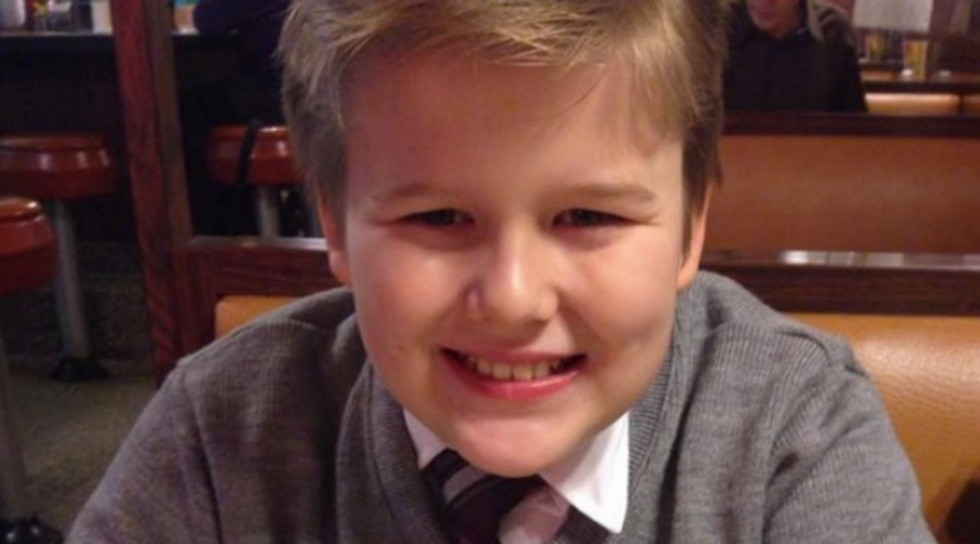 Daniel Fitzpatrick was just 13 years old when he took his own life in Staten Island, New York, writing in his suicide note that he “gave up” after being bullied by his classmates at Holy Angels Catholic Academy.

According to a New York Daily News interview, the boy’s parents attribute his tragic death to school administrators failing to intervene in cases of bullying. Maureen Fitzpatrick, Daniel’s mother, told New York Daily News on Friday, “My son shouldn’t have to die to be heard. There’s something wrong with the adults in authority positions when kids can’t go to them for help.”

In the note supplied by Fitzpatrick’s parents, the boy echoed the same message, writing that when his friends started picking on him, the teachers “didn't do ANYTHING!" Horrifically, a New York medical examiner spokesperson confirmed Fitzpatrick took his own life by hanging, People reports.

In a video posted to his Facebook page, Daniel’s father, also named Daniel Fitzpatrick, expressed his grief and frustration in the aftermath of his son’s death. He said,

"Thank you to all the people out there for your support and condolences, your thoughts and your shares. My son's story is now out there for the world to see and for the world to know the pain that he went through. I miss my son very much… No parent should have to bury their child. No child should have to go through what my son went through… To the parents of the boys that tormented my son, all I have to say is I hope you never have to feel what my family is going through right now. You get to hold your children every night and day for the rest of your lives and their natural lives. I don't get that anymore. Your little monsters took that from me and my wife.”

Following this heartbreaking loss, Daniel’s sister, Eileen Fitzpatrick, started a GoFundMe campaign to raise money for her brother’s memorial and raise awareness about the life-threatening consequences of bullying. Within 24 hours, the family raised $40,000, receiving condolences from friends, family, and many sympathetic strangers.

Three days since it launched, the campaign has raised more than $100,000, greatly surpassing the initial goal of $10,000. Many contributors expressed their own experiences with bullying, with one donator, Brian Barbian, writing, “I was picked on relentlessly as a kid in a Catholic school, just because I was short. Reading this story made me cry because it could have been me. God please bless the entire Fitzpatrick family, they need it.”

Hopefully this outpouring of love and support will not only provide some comfort to Daniel’s family but bring the issue of bullying in schools to the forefront of public attention as well.