Teenage Inventors Made Trips to the Bathroom Much Less Gross

There’s a weapon to fight against disgusting restroom germs. 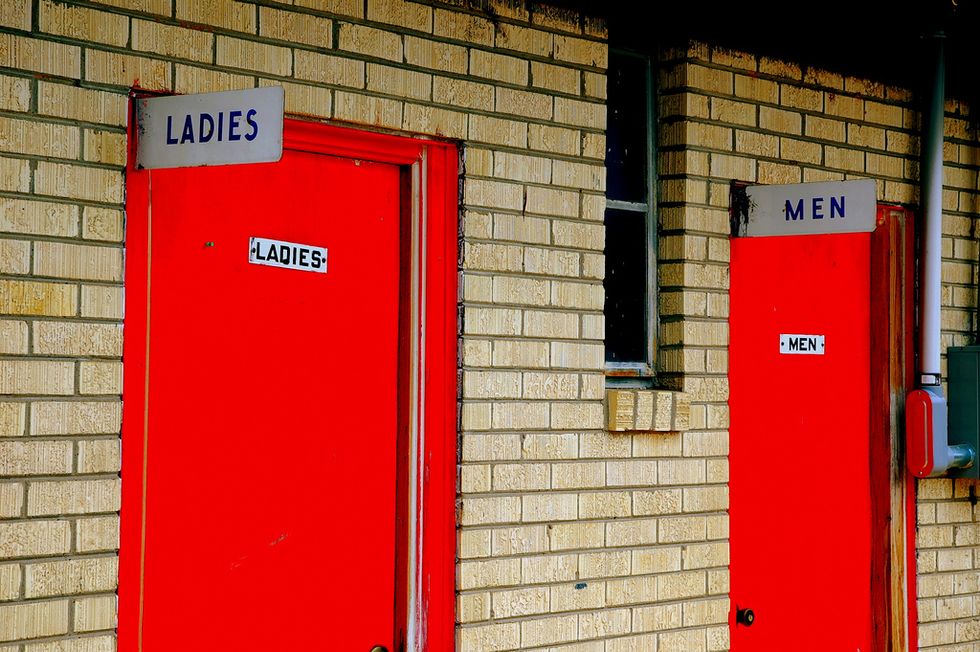 No matter how hard we scrub, sanitize, and wash, bathrooms are fundamentally gross. As the space we set aside to focus solely on our bodies (to say nothing of the fluids, excretions, and expulsions thereof), they are a breeding ground for all manners of bacteria, germs, and fungi. Despite being dedicated to hygiene, bathrooms run the constant risk of becoming decidedly unhygienic, none more so than public restrooms with their revolving door of guests, each of whom adheres to their own personal code of sanitary upkeep.

To help ensure that public toilets — and the people using them — stay as germ-free as possible, a pair of teenage inventors have come up with an ingenious upgrade for an unexpected bathroom fixture: The door.

Sum Ming (“Simon”) Wong, 17, and Kin Pong ("Michael") Li, 18, both students at Hong Kong's CCC Tam Lee Lai Fun Memorial Secondary School, have developed an ultra-hygenic door handle that can kill nearly all the germs a bathroom patron might otherwise leave as residue as they exit the facilities. To do so, the inventors have coated their handle with titanium dioxide, a mineral that’s been found to be particularly effective at killing germs, especially when exposed to the ultra-violet spectrum of natural light. But bathroom doors, especially inward facing ones, don’t typically see much sunlight. To ensure their handle would have a steady supply of titanium dioxide-activating UV light, the pair came up with a brilliant workaround — rather than illuminate the handle from an external source, they’d light it from within.

Wong and Pong’s sanitary door handle is, in essence, a glass cylinder with a UV-emitting LED at one end, which illuminates the entire handle, and hits the titanium dioxide with enough light to reportedly kill 99.8% of bacteria that comes in contact with its surface. That, in and of itself, is an impressive bit of ingenuity, but the duo’s masterstroke is in how they power their invention. They’ve built a small gearbox with captures the energy generated each time the door opens and closes, transforming that into the electricity used to light the LED. In other words, not only does the door handle kill germs, but by using it, the system also effectively generates all the energy it needs to keep itself up and running. You can head over to Science News for Students to see pictures of the handle in action.

Business Insider reports that Wong and Pong presented their invention at the Intel International Science and Engineering Fair in the Spring of 2016, with buzz around the handle growing steadily since then. But while it seems as if the germ-zapping door handle has yet to be installed in any public restrooms to date, one thing that isn’t holding back its release is price. Wong and Pong estimate a single sanitary door handle will cost just $13 to build.