Bee extinction could result in a global catastrophe. 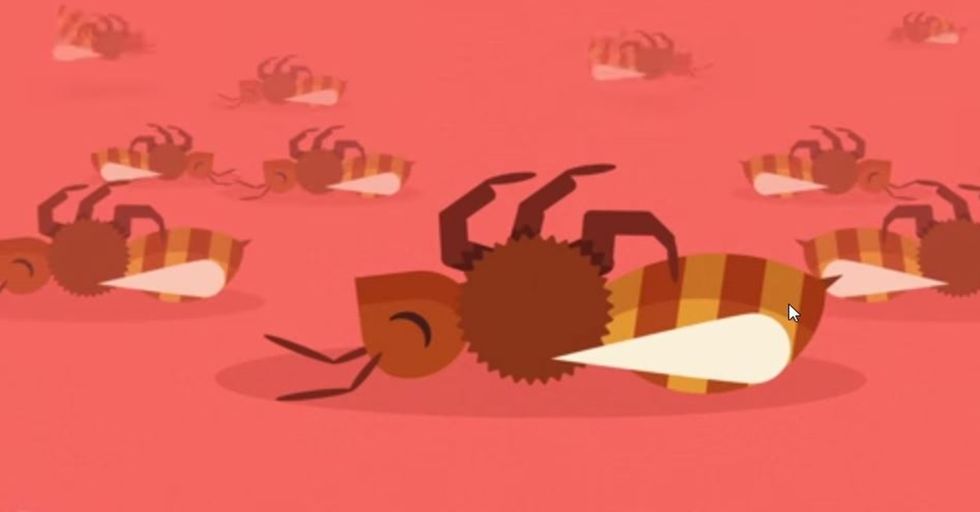 One out of every three meals eaten in the United States is made possible by honey bees. In fact, every year, 265 billion dollars worth of produce is pollinated by bees. Apples, onions, pumpkins, and many crops responsible for feeding livestock are all dependent on our little, buzzy, yellow-jacketed friends. In the event of a world-wide bee extinction, the food shortage would cause a global catastrophe.

Since 1988, half of the beehives in the United States have mysteriously disappeared. Since 2006, a massive colony collapse has drastically reduced bee populations in the Northern Hemisphere. People have speculated that cell phones or climate change are behind the population decline, but the real reasons are coming to light. The following video, produced by Kurz Gesagt, explains the three major reasons why we’ve seen a massive reduction in bee populations across the globe: parasites, poison, and people.