The most powerful change-maker in human history: The simple idea

Johnson & Johnson is proud to open the GenH Challenge submission period – and we need you to share your everyday idea to create the healthiest generation – “GenH.” Apply today at www.genhchallenge.com. 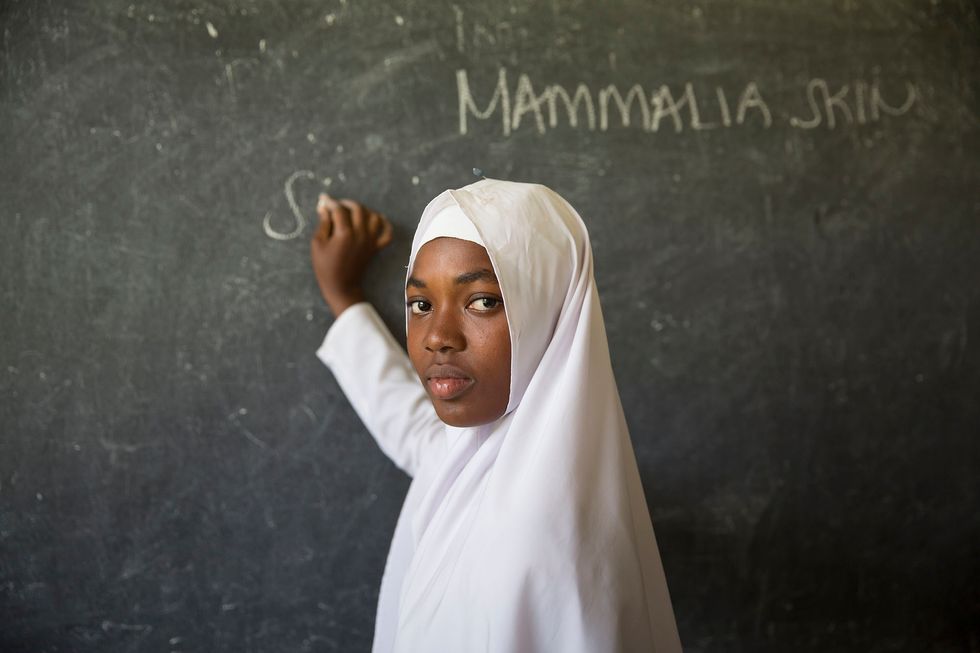 The world changes every day. These changes can be small, like a new job or new home; or they can be huge, like the development of a new vaccine or the globalization of Facebook. In an age dominated by massive technological changes reshaping everything from our global community to our understanding of our DNA, it can be hard to remember that the most powerful change-maker throughout history has been simple ideas.

Everyday ideas have reshaped our planet since before recorded history. In prehistoric times innovative members of early human ancestors perceived the world around them slightly differently than everyone before them. This skill led to the first use of a stone as a simple tool. It gave rise to the concept of cultivating wild oats rather than constant nomadic foraging. In some time before recorded history, this ability to see things from a new angle even gave rise to the wheel.

These inventions are now almost mythical in their implication for the development of humanity. Their impact is so ubiquitous that the massive scale of their impact is almost taken for granted. These ideas were groundbreaking when invented, yet, at their core, are simple ideas that changed everything.

The domestication of wild seeds into formalized agriculture has continued throughout history. From harvesting seeds and planting them in tended gardens and fields, to selecting the hardiest varietals, to basic cross breeding; humanity’s food production has relied on farmers turning their observations into innovations to allow communities to grow and thrive.

The process of observation and innovation also drove the earliest clean water efforts. For thousands of years wells have been dug to secure clean water sources and basic water dispersal and sewage systems were present in ancient civilizations across the globe.

In more recent history, massive improvements in hygiene came out of innovators acting on their observations.

In 1847, a young doctor named Ignatz Semmelweis began working in a hospital with a high rate of “childbed fever.” After some experimentation, he showed that simply having doctor’s wash their hands between baby deliveries reduced transmission of this deadly disease from 13% to less than 2%. Despite his success, it took decades before the scientific and medical community fully accepted this simple act as a necessity. Still to this day, there are massive global campaigns to encourage handwashing like Johnson & Johnson’s “Children Without Worms” initiative which has treated about 20 million children at-risk for soil-transmitted helminths (STH).

A true hero of hygiene is the famous Florence Nightingale. Before she was 35 years old, Nightingale was selected to lead a group of nurses to alleviate the suffering of British soldiers during the Crimean War of the 1850s. The conditions in Crimea had become a public relations nightmare due to better reporting from the battlefront. Nightingale’s small group of nurses were sent to the front lines to do what we still to this day rely on nurses to do -- ease suffering and provide care. Nightingale, and her team accomplished much more than anyone could have imagined, even earning the nickname: the ministering angel of Scutari.

Her ideas were simple: the patients needed clean air, clean bandages, and clean water to prevent their wounds from festering and turning deadly. These basic changes to hygiene for the sick and wounded drastically decreased the death rates in battlefield hospitals. In the 50 years after the Crimean conflict, Nightingale, a pioneer of ingenuity ahead of her time, continued to work on military and public hygiene to great effect. Nightingale’s campaign for hygiene has saved lives across the world, and made her one of the most celebrated women in history.

What these everyday pioneers of ingenuity have in common is that they did not rely on large technological breakthroughs to make a change to help their community. Instead, they looked at the world around them, observed better ways to do things, and advocated for these ideas in order to save lives.

Today, the GenH Challenge is looking to support the next great idea to save lives. Launched by Johnson & Johnson, the GenH Challenge is a global social venture competition harnessing the spark of investment and the power of everyday ideas to change the trajectory of global health. With $1 million USD in cash and other prizes available, find out how your everyday idea could be the next innovation to help create the healthiest generation- “GenH.” Apply today at www.genhchallenge.com.