The Remarkable Comeback of the Green Sea Turtle

A wildlife sanctuary in Florida saw a record number of the nesting critters in 2015. 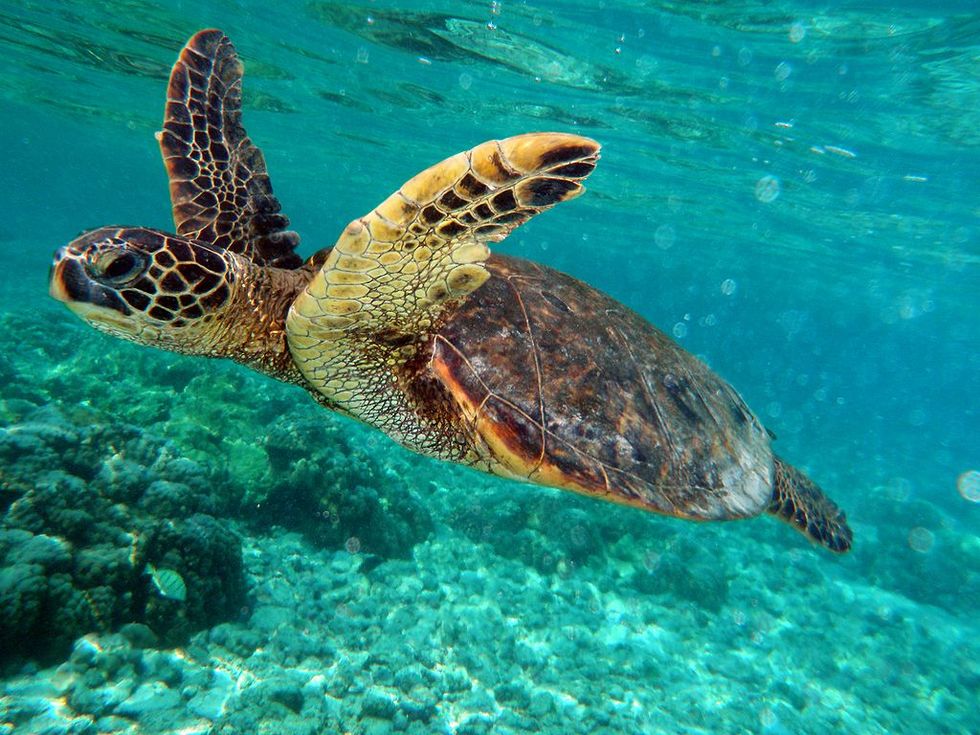 Forty years ago, it looked like green sea turtles might not make it. They got entangled in fishing wire; humans killed them for meat, oil, leather, and their shells; coastal developments destroyed their habitats; plastics and debris choked them to death. In 1978, the U.S. government listed breeding colonies on the Pacific Coast of Mexico and in Florida as endangered.

Now, the green sea turtle has made a remarkable comeback. According to scientists at Florida’s Archie Carr National Wildlife Refuge, last year saw the turtles shatter their previous nesting record. The sanctuary in Melbourne Beach—which, TakePart notes, is the most important green sea turtle habitat in North America—had 14,152 nests by the end of the season, compared to 12,846 in 2013, 6,023 in 2011, and just 198 in 2001.

“It's an incredible thing,” Llew Ehrhart, a University of Central Florida zoologist who has been studying the Melbourne Beach sea turtle population since the 1980s, told Florida Today.

Female green sea turtles lay between 80 and 120 eggs per nest, though only one in 1,000 survives to adulthood.

Scientists attribute the green sea turtle rebound to a number of factors. Government moves—like the establishment of the Archie Carr refuge in 1989 and the implementation of the Endangered Species Act after 1973—have cut down on local commercial fishing and seaside real estate developments. Conservation groups have also worked to tone down excessive beach lighting, which sometimes beckons turtle hatchlings onto dangerous roads.

The Archie Carr numbers are so good that the U.S. Fish and Wildlife Service has considered downgrading the green sea turtle’s status from “endangered” to “threatened.”

“It’s appropriate to review those listings and celebrate when it’s warranted,” David Godfrey, the executive director of the Sea Turtle Conservancy, told TakePart. “We don’t want to see protections removed, but we think it’s appropriate that this subpopulation of green turtles no longer be called endangered.”

To celebrate the milestone, here’s a heartening video of turtle hatchlings making their way to the ocean on a Florida beach: