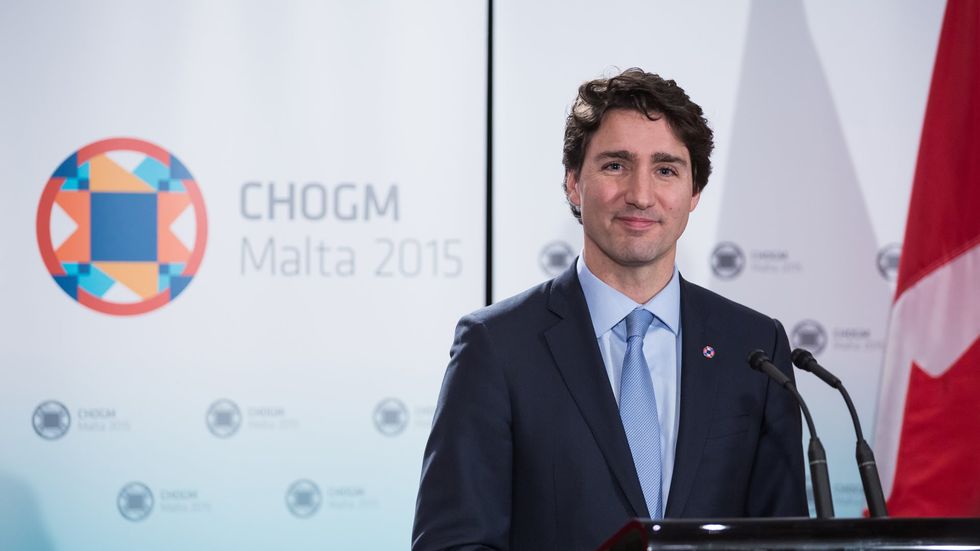 Nice try, Canadian press. During a recent question and answer session at a media event, a reporter found out that Canadian Prime Minister Justin Trudeau was ready for just about any question, including the future of often hard to translate computing technology. “I was going to ask you a question about quantum computing…” the reporter began in a snarky precursor to his “serious” question about Canada’s involvement in the fight against ISIS. However, Trudeau momentarily sidestepped the terrorism question and went head first into a brief and surprisingly accessible explanation of what quantum computing is.

Trudeau began by saying, “Very simply, normal computers work by — ” before being cut off by audience laughter and cheers at his seemingly cheeky response. But it wasn’t just a wink and a nod. “No, no, don’t interrupt me,” Trudeau insisted with a smile, before continuing.

And at that point the crowd, including a panel of scientists, broke into cheers and applause. The video quickly went viral, already having been watched more than 7 million times.

No one, including Trudeau, is trying to argue that he’s a scientist. And there’s a cynical take floating around that because Tradeau encouraged reporters to ask him about quantum computing that the whole thing was little more than propaganda to gin up publicity for the event. But when held in contrast with other world leaders who struggle to convey even a basic understanding of the science behind policies they support or oppose, “staged” for not, it was refreshing to see a politician who at least took the time to understand the basic fundamentals of what they were talking about.

There was also some muscle behind the otherwise funny and informative exchange: Trudeau was using the moment to announce $50 million in funding for a new physics think tank.