Trump’s campaign fought claims he called Meghan Markle ‘nasty’ with an audio clip that proves he did.

They clearly have the best brains. 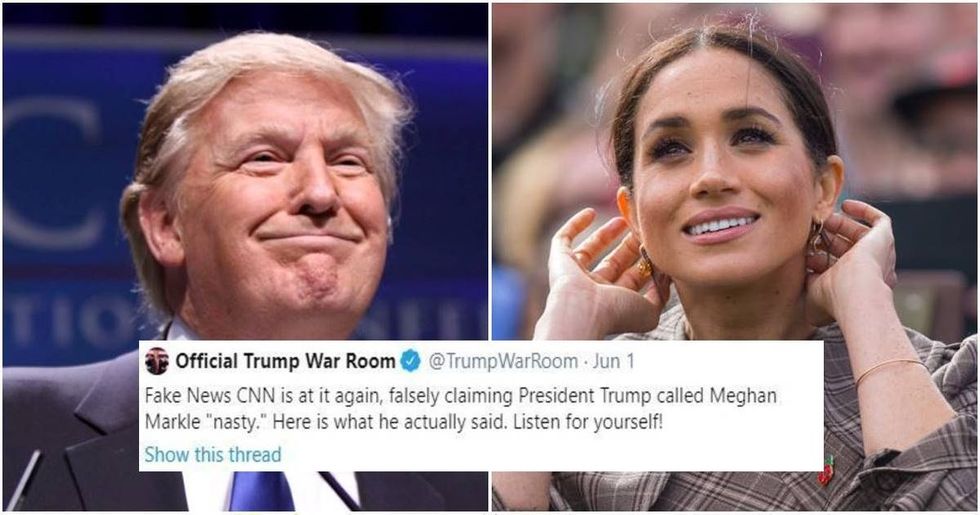 “The party told you to reject the evidence of your eyes and ears. It was their final, most essential command.” — George Orwell, “1984.”

Politicians are known to stretch the truth a bit and the public always gives them a little bit of leeway. But Donald Trump doesn’t just tell harmless white lies, he dishes out comically gargantuan whoppers that are easy to disprove.

He has claimed we are building a wall on the U.S. – Mexico border, when not a drop of concrete has been spilled.

His press secretary said he had a bigger inaugural crowd than Barack Obama which was easily disproved by a side-by-side photograph.

Trump even claimed there were terrorist attacks happening in America that the press was covering up.

In fact, according to Vanity Fair, Trump has told over 10,000 lies since taking office. No small feat.

One of the most head-scratching things about his presidency is that his supporters either don’t care if he lies or they’re gullible enough to believe them.

However, on Friday, May 31, he gave an interview with The Sun in which he claimed he didn’t know that Markle called him “misogynistic” and “divisive” during his 2016 presidential campaign.

The Trump campaign’s official Twitter feed, Official Trump War Room, backed up the president’s claim with a tweet with audio that was supposed to prove Trump didn’t call Markle nasty, but he says it clear as day.

Maggie Haberman of the New York Times brought the stupefying mistake to light.

So does the Trump campaign think that the public is stupid and will go along with anything or are they too lazy to actually watch the videos they tweet? Regardless, the tweet is still up.