We already tried that 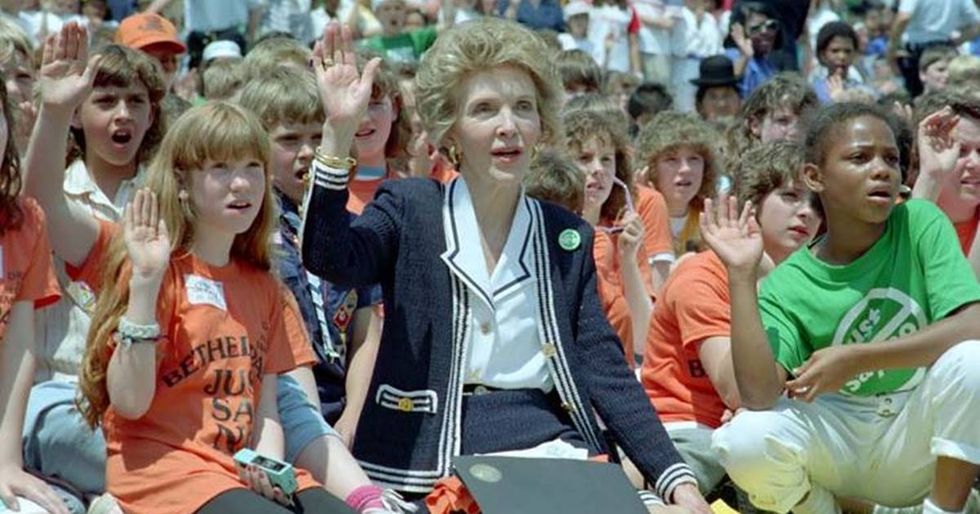 America is undergoing an opioid epidemic of cataclysmic proportions. In 1999, 19,128 people died drug-related deaths, but in 2015, that number climbed to 55,403. During the 2016 election, then-candidate Donald Trump made solving the opioid problem a major campaign promise and outlined the steps he would take to combat the crisis. But, since taking office, he has made several decisions that would worsen the problem and has taken few steps toward improving it.

Trump supported repealing the Affordable Care Act, which provides treatment to over 1.8 million people who are opioid dependent. And his budget request for 2018 calls for a $167 million cut in drug abuse prevention. On Aug. 8, he made a statement on this crisis from his golf course in New Jersey, and his strategy for solving it sounded vaguely familiar.

“The best way to prevent drug addiction and overdose is to prevent people from abusing drugs in the first place,” Trump said. “If they don’t start, they won’t have a problem. If they do start, it’s awfully tough to get off. So if we can keep them from going on and maybe by talking to youth and telling them: No good, really bad for you in every way. But if they don’t start, it will never be a problem.”

The president also emphasized strengthening the war on drugs and border enforcement to help those currently struggling with addiction. Trump’s simplistic approach to a complex problem echoes the “Just Say No” campaign promoted by the Reagan administration in the ‘80s. According to Scientific American, determent programs, such as “Just Say No,” are “ineffective” and “may even heighten the use of some substances among teens.”

Trump’s view of the opioid epidemic also flies in the face of the bipartisan commission he appointed to help the crisis. Trump’s commission determined that the government should expand access to medication-assisted treatment, considered the “gold standard” for opioid use disorder, through funding initiatives and requirements for access at all federal facilities. It should also mandate opioid-prescribing training for all physicians and expand access to naloxone, which reverses overdoses. Sadly, for those struggling with addiction, Trump’s disinterest in learning about the issue may be a prescription for bad policy.