The Union of Reform Judaism’s new resolution becomes the most far-reaching trans rights statement of any religious group in the country. 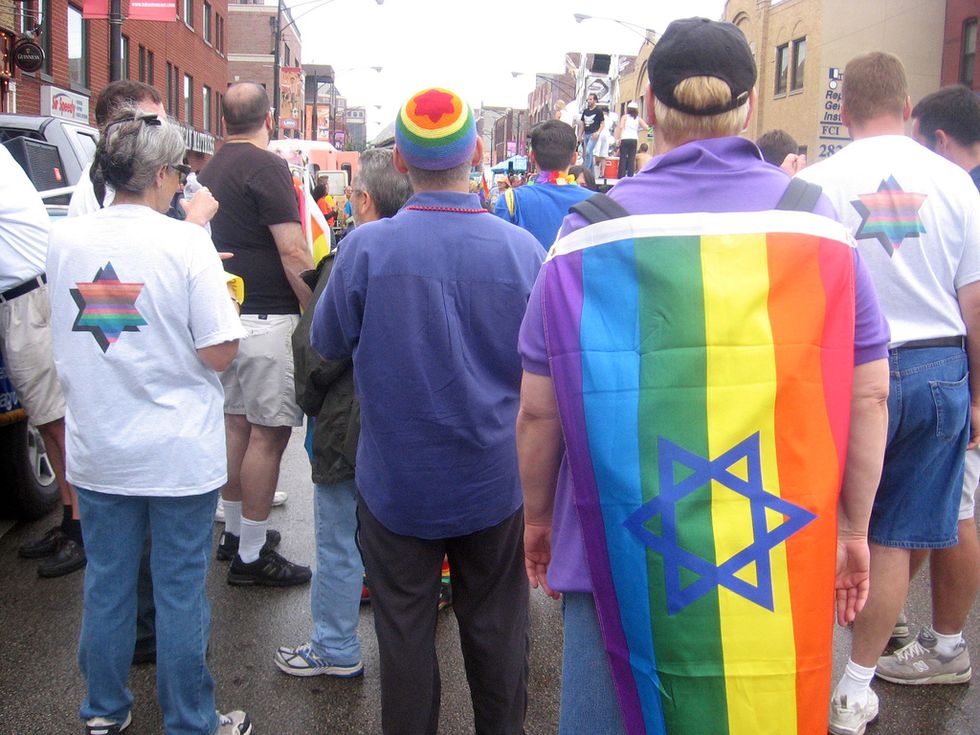 In a historic vote Thursday morning, the Union of Reform Judaism—the representative body for the largest of America’s Jewish denominations—approved a groundbreaking transgender rights bill, the most far-reaching resolution of this kind of any major religious group in the United States, reports The Jewish Daily Forward. The measure, titled simply “Resolution on the Rights of Transgender and Gender Non-Conforming People” was adopted at the URJ’s Biennial Conference in Orlando, Florida.

The measure calls for synagogues, summer camps, and youth groups, and schools affiliated with the Reform movement to affirm the equal rights of transgender individuals, and offers several concrete steps for doing so. Member organizations are recommended to implement gender neutral restroom facilities, and review all language “in prayers, forms and policies” to ensure they create a welcome and accepting and respectful environment for everyone, regardless of sexual and gender identification.

In the preamble to the measure’s body, the Union of Reform Judaism’s Commission on Social Action writes:

As it says in Genesis 1:27, "And God created humans in God's image, in the image of God, God created them." From this bedrock principle stems our commitment to defend any individual from the discrimination that arises from ignorance, fear, insensitivity, or hatred. Knowing that members of the transgender and gender non-conforming communities are often singled out for discrimination and even violence, we are reminded of the Torah's injunction, "do not stand idly while your neighbor bleeds" (Leviticus 19:16).

Beyond steps to make their own denominational spaces more welcome and respectful to transgender members, the URJ’s measure also calls for outward facing advocacy in favor of transgender rights legislation, and opposition to discriminatory laws.

With this 9-point resolution, the Reform movement joins other religious groups, such as the Episcopal Church, and Universal Unitarian Association, in affirming transgender rights; However, with thirty five percent of the approximately six million American Jews identifying as affiliated with the Reform movement, this is the largest Jewish denomination to do so.

While the resolution does not require action from the various organizations and congregations affiliated with the Reform movement, it does present a clear set of guiding principals, and actionable steps for member groups to follow. The Associated Press reports that the movement will be creating a simple, one page pamphlet to assist congregations in enacting the resolution’s recommendations.

“For decades, the Reform movement has been a leading Jewish voice for justice and equality,” says Joanna Ware, Boston Regional Director for the Jewish LGBT grassroots organization Keshet in an email to GOOD: “This resolution has the potential to support thousands of communities across North America as they work to become fully inclusive of transgender members. What the URJ has done today is to affirm what is at the core of Jewish values and ethics, that each person is created b'tzelehm Elohim — in the image of God — and that as Jews, we hold sacred the value of kavod habriyot, respect for human dignity.”

Ware cites her personal involvement in the movement’s camps and youth groups as inspiring her advocacy work, and cautions that while “[r]esolutions like this are incredibly important [...] they are not the end game.” The resolution’s passage comes just days after a Pew Research Center study pointed to rising levels of tolerance across American religious groups as a whole. Pew attributes that increase to the generational ascendency of Millennials within this country’s faith based communities.

Back in Florida, when it reportedly came time for the Union of Reform Judaism to vote on the new resolution, the measure was approved without any opposition.

The full text of the resolution can be found here.