Erin Loos Cutraro, the founder of She Should Run, tells us why it mattered 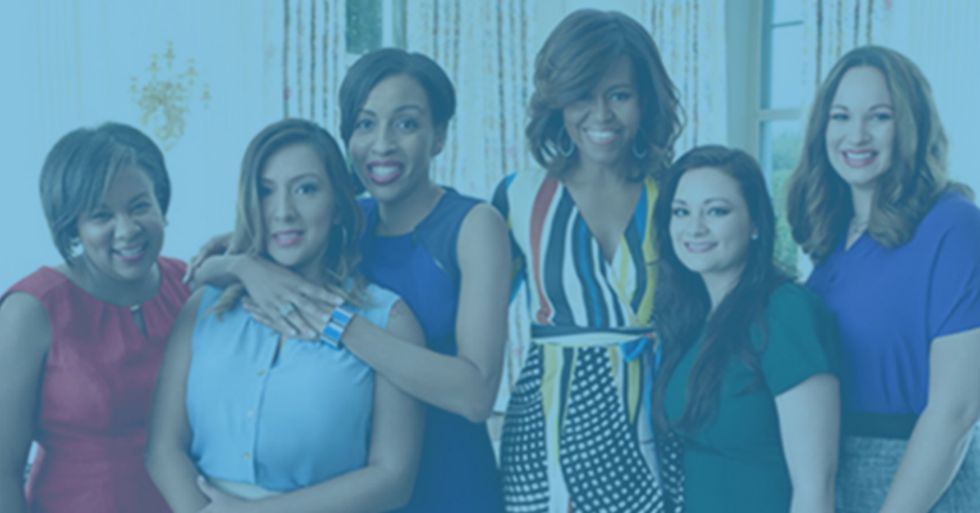 Yesterday was the first-ever United State of Women Summit in Washington, D.C., a powerful moment for taking stock. Convened by the White House, the Summit rallied women from across the nation to celebrate everything we have accomplished, and to take action on everything still needed to be done. Which, as anyone with a brain and a heart will tell you, is quite a bit.

There were serious starpower in attendance—Michelle Obama, Oprah Winfrey, Shonda Rhimes, Connie Britton, Amy Poehler, Kerry Washington, and Patricia Arquette were there to tackle some heavy issues, including political opportunity and equality, equal pay, and the representation of women and girls in all manners of work.

Despite the gravity of the issues, President Obama still brought some signature dad humor to his speech, quipping, “I may be a little grayer than I was eight years ago, but this is what a feminist looks like.”

Never to be outdone, Vice President Joe Biden also gave an impassioned speech—like, really, really, super-impassioned—where he stated that women have been the cause of his life.

This could be said of most summit attendees, including Erin Loos Cutraro. The 39-year-old CEO and founder of She Should Run, a nonpartisan organization working to help more women and girls envision themselves in political office, was on hand to deliver a talk on importance of women in politics. We talked to the St. Louis native about the summit and its importance, not just to women, but to all people.

Tell us about the United State of Women Summit – what was it about and why is it needed?

It highlighted some of the key issues that impact women and girls, seeking to both celebrate this important population, while also addressing the critical issues that present obstacles to their unbridled leadership and achievement. The reality is that, although women comprise more than 50 percent of the U.S. population, our elected officials do not reflect that statistic. And we can’t possibly expect to achieve the best policies in our country when we shut out half the population from policy making.

Also, despite more opportunities than ever for women to climb the professional and financial ranks, women still only make up 14-percent of top executives in the country. A recent Fortune study found women CEOs in the Fortune 1000 drive three times the returns as S&P 500 enterprises run predominantly by men, which makes me think that any good business leader would be focusing on fostering a diverse and inclusive workforce that includes women at the decision-making table, so that they can reap the financial rewards that come with it.

What did you speak about?

Currently, women hold only 84 out of 435 seats in the House of Representatives, and only 20 out of 100 Senators are women. In our nation’s more than 200-year-old history, only four females have been appointed as Supreme Court justices. At the presidential level, only 14 women have run for the highest and most coveted elected position in the land, and none of them have successfully landed the job. Yet. Clearly, there is a lot of room for improvement, and She Should Run is working to change these numbers.

Why are conferences like this important to all people?

We all play a role in encouraging and inspiring women and girls, and then supporting their efforts to become the best possible versions of themselves. This is essential for the future health and prosperity of our society, both in the short- and long-term, and regardless of race, religion, sexual orientation or socio-economic status.

What are some things we can do to breed inclusiveness and understanding?

As our society becomes increasingly interconnected and complex, we need to embrace inclusiveness and diversity. By harnessing a variety of perspectives and ideas, we will be more equipped to tackle the most pressing challenges facing our nation. Having more women in public office will result in a better government and a better world. It is an exciting election year, with a female front-runner contesting for the top of the Presidential ticket. But we need more women to jump in – on both sides of the aisle and at all levels of government.

What do you hope could result from the summit?

My greatest hope is for this summit to outline actionable steps that we can take as a nation to make ourselves more inclusive, and thereby stronger for all of our citizens for years and years to come.

This interview has been edited and condensed.