Researchers Think Vinegar Can Help Save the Great Barrier Reef 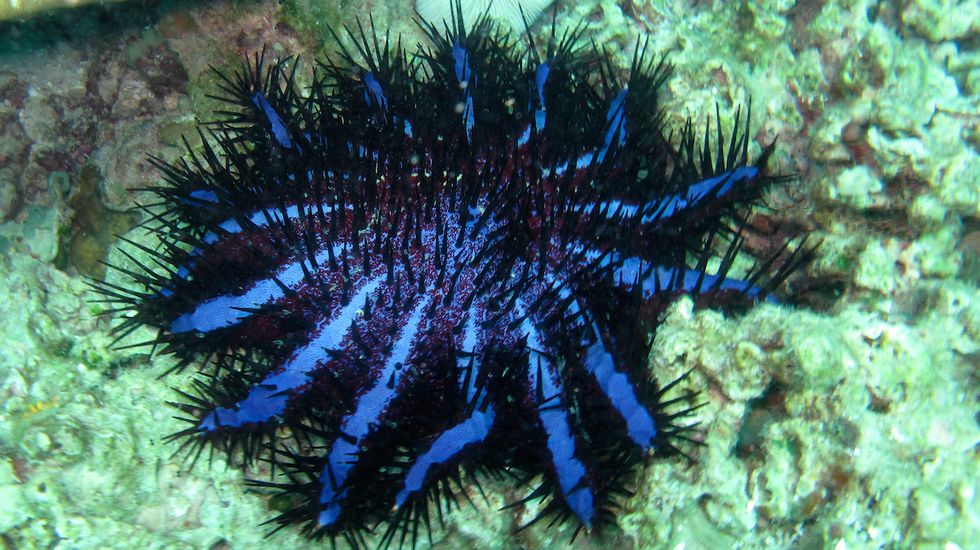 Scientists in Australia think they may have discovered a quick and easy solution to a problem that has been destroying the Great Barrier Reef. Coral-eating starfish, appropriately named the crown-of-thorns sea stars, have been nimbling away at the Reef, wreaking havoc on the ecosystem. Researchers, however, have discovered that the menacing starfish, which is equipped with venomous thorns that cover its exterior body, can be killed with an injection of everyday, household vinegar.

The coral-eating fish have become an increasingly worrying problem over the past few years, as their numbers have multiplied and the Reef has rapidly diminished in their wake. Researchers say that vinegar solution has achieved a 100% kill rate when administered to the crown-of-thorns. It’s not only simple, but also extremely cheap. But scientists are holding off on implementing it to eradicate the starfish until they can be sure that other sea life will not be harmed by the vinegar.

“There’s no reason to think it won’t work or it’ll be dangerous, but we have to be sure,” said Lisa Bostrom-Einarsson, an author of the report, to the Guardian.

Scientists also have to inject the starfish one-by-one with the vinegar, which is a highly inefficient process, considering the sea stars’ massive population numbers.

“It has been estimated there are between four and 12 million of the starfish on the Great Barrier Reef alone and each female produces about 65 million eggs in a single breeding season. “They managed to kill around 350,000 last year with two full-time boat crews. While it would take an insane effort to cull them all that way, we know that sustained efforts can save individual reefs.”