A Swedish design proposal to eliminate traffic fatalities is picking up steam around the world. 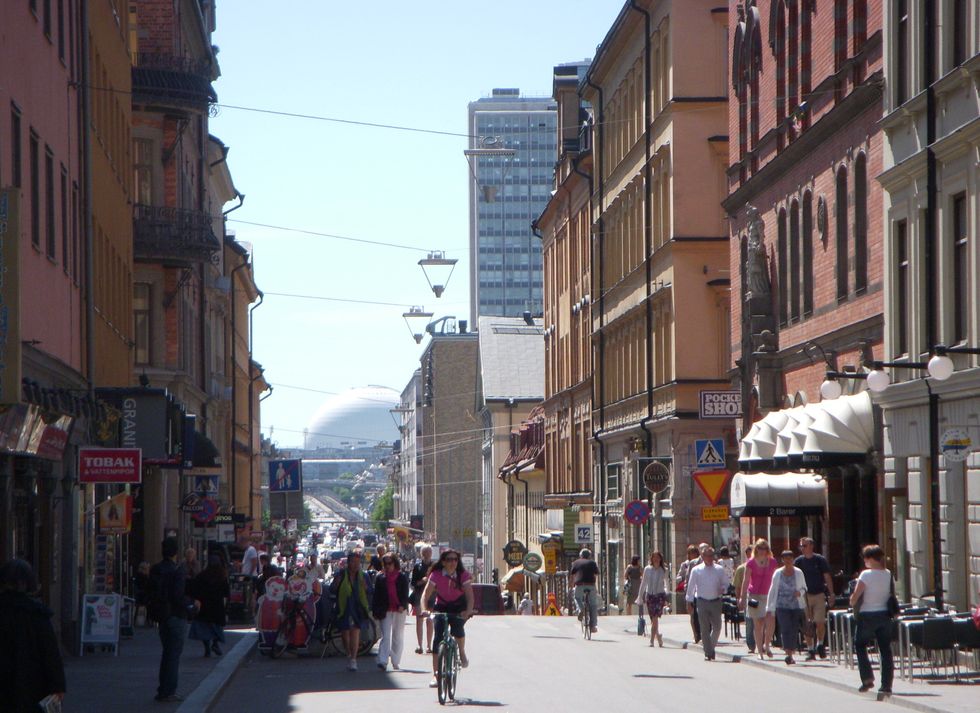 View of Gotgatan street in Stockholm. Photo via Holger.Ellgaard/Wikimedia Commons

The language we use influences how we think about the world around us. For example, in my first years of transportation advocacy I learned to use the word “crash” to describe vehicular collisions. I, like many Americans, had always used the word “accident,” a term which unwittingly affirms that vehicle collisions are unavoidable, unpreventable, and a fact of life. However, while most crashes are unintentional, they are not always unpreventable. The key to prevention is accepting that humans will definitely make mistakes and then designing the built environment accordingly.

In 1994, the Vision Zero initiative was conceived in Sweden with a singular goal: zero traffic fatalities. Not less, not half of the current number, not a nearly negligible percentage. Zero. The concept is to prevent all traffic-related deaths by “designing the entire transport system to cater [to] human fallibility.” By reducing speeds, narrowing lanes, expanding pedestrian spaces, and even redesigning cars themselves, the whole system aims to encourage safer driving and foster an environment that will decrease fatalities. Approaching safety as a design question “will teach us how to manage kinetic energy in traffic systems and change road and vehicle design... In every situation a person might fail—the road system should not.”

Within a matter of years, Vision Zero activists influenced Swedish Parliament to pass a road traffic safety bill, which crystalized this grassroots vision into national law. Since the passage of the bill, traffic fatality rates have decreased in Sweden by more than 50 percent from seven per 100,000 residents to three, one of the lowest traffic fatality rates in the world, according to the World Health Organization.

In the same year, the United States had a traffic fatality rate of more than 11 per 100,000 residents, one of the highest rates among developed nations, while most European countries have a fatality rate soundly below five residents per 100,000. In 2013, the United States lost 32,719 human lives in vehicular crashes, including nearly 4,800 pedestrians and 743 cyclists, not to mention the 2.3 million who were injured during traffic incidents. With these sobering figures, it becomes clear that road safety is not merely an abstract goal; it is a serious public health issue. It’s not enough to pad SUVs with airbags to protect the passengers inside, plans like Vision Zero consider the design of the whole system to protect all street users—be they in small cars, in old cars, on foot, on a bike, or in a wheelchair.

While our federal government is far from taking the lead in a nationwide Vision Zero initiative, a handful of U.S. cities have joined the movement and have enacted policies using the Vision Zero language, including San Francisco, New York City, Chicago, Austin, Portland, Los Angeles, and Seattle. Others are being pressured to adopt a Vision Zero policy by local advocates, such as Sacramento, Boston, and Long Beach, CA. That all of these cities are promoting the same policy goal with the same name speaks to the power of this initiative. Though local politicians and city departments are on the front line of building city streets, the leadership of state and federal government—through directives, design standards, and funding—would greatly help the Vision become a widespread reality.

So why is it important to call these policies “Vision Zero”? Is it perhaps setting up cities up to fail? (After all, Sweden still has some amount of traffic fatalities 20 years after adopting this policy.) Nay, dear reader! As Mel Gibson in The Patriot and Bradley Cooper in American Sniper remind us, “Aim small, miss small.” We all desire “safety” when it comes to our public roads, but the truth is that the city designers of the 21st century aimed broadly when it came to street safety. They prioritized vehicular speed and efficiency, and achieved it, leaving other street users—namely pedestrians and cyclists—with the leftover scraps of the roadway.

The Vision Zero ethos makes us grapple with the question, “Is vehicular efficiency worth even one human life?” We currently have a collective tolerance for traffic deaths, but it doesn’t have to be so. In the early 1970s, the Netherlands saw a mass movement demanding safer streets. Traffic deaths had skyrocketed along with post-war prosperity and the popularization of the automobile. In response to the increased fatalities, particularly among children, the Dutch people organized and demonstrated until the national government committed to balancing car infrastructure with space for people both on foot and on bike. As a result, the Netherlands now has a world-renowned street culture in which foot and bicycle travel is easy and safe for people of any age and ability. This video by BicycleDutch tells the story nicely.

The lesson we can take from the Netherlands and Sweden is that we don’t have to accept traffic deaths as a trade-off for mobility. We can get around our cities AND be safe doing it, simultaneously. We have inherited a nation full of streets designed to move cars. Let’s give the next generation a network of streets that are interesting places to be, good for our environment, and safe for everyone to use.