Why Hillary Clinton is Wrong About Edward Snowden 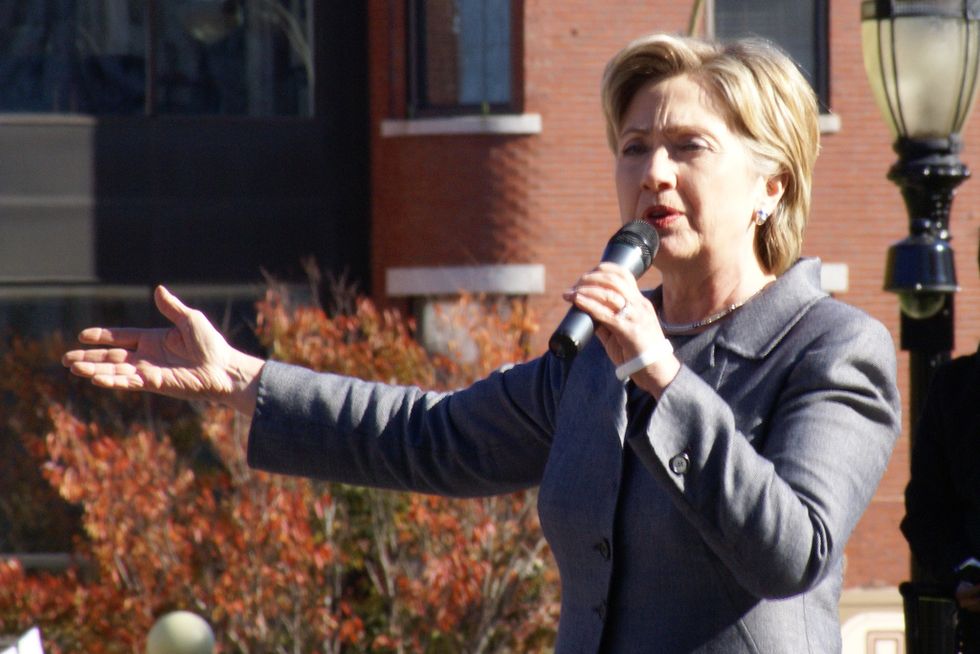 The first Democratic debate was an exercise in broad candidate comments on domestic and international issues; specifics were few and far between. But if there was one legitimately notable and disturbing moment in the debate, it would have to be Hillary Clinton’s comments on Edward Snowden and the act of whistleblowing.

When asked by CNN’s debate moderator Anderson Cooper if Snowden was a hero or traitor, Clinton remarked that Snowden couldn't simply return home “without facing the music.”

True, technically there was some legal cushion with the 1998 Intelligence Community Whistleblower Protection Act, which does cover employees like Edward Snowden, who worked for security contractor Booz Allen Hamilton. But, Snowden says he raised concerns to superiors without success. And Snowden’s complaints may not have been covered under the law.

Snowden’s objections would have had to meet the law’s definition of an “urgent concern,” which wouldn’t have held up under the current law, according to Daniel D’Isidoro, a former U.S. judge advocate, who analyzed Snowden’s legal whistleblowing opportunities in the Harvard Law School National Security Journal. D’Isidor says the law doesn’t cover policy disagreements—in this case, disagreements over the ethics and legality of mass communications surveillance.

“It is possible that Snowden’s specific complaints may have fallen outside the statute’s definition of urgent concern, if the surveillance programs were lawful pursuant to a Congressional authorization and/or a court order from the Foreign Intelligence Surveillance Court,” D’Isidoro writes. “The definition of ‘urgent concern’ specifically excludes ‘differences of opinions concerning public policy matters;’ therefore, had Snowden reported his complaint to the Inspector General, the Inspector General may have determined that the agency’s programs were not abusive, nor unlawful and that the complaint was merely a ‘difference of opinion’ on how to conduct surveillance activities.”

And, as PolitFact notes, the BostonUniversity Law Review concluded that the law “arguably fails to provide any real protection to national security whistleblowers.”

Back in 2010, famed NSA whistleblower Thomas Drake submitted complaints to the Department of Defense Inspector General, as per the Community Whistleblower law. He also approached House and Senate intelligence committees without success. Drake’s moves instead resulted in federal agents investigating him under separate offenses—willful retention of national defense information and making false statements about information he insisted was unclassified. The case was eventually thrown out, but the whole charade proved that as a whistleblower Drake was hardly protected, despite being an NSA employee.

So to say that Snowden, who was an NSA contractor, would somehow have avoided Drake’s fate is evidence that Clinton’s perspective on intelligence community whistleblowing is pretty divorced from reality. Snowden knew the fate that awaited him. He wagered that if he leaked information on NSA programs dealing with mass surveillance of phone calls and electronic communications, at the very least he could avoid stonewalling and retaliation, and maybe find asylum until the U.S. government came to its senses.

Hillary Clinton, who as Secretary of State seems to have more sympathy for the intelligence community, is right there with the government in not coming to her senses. Without Snowden, information on the NSA’s mass surveillance programs would have likely been lost indefinitely in bureaucratic door-slamming.