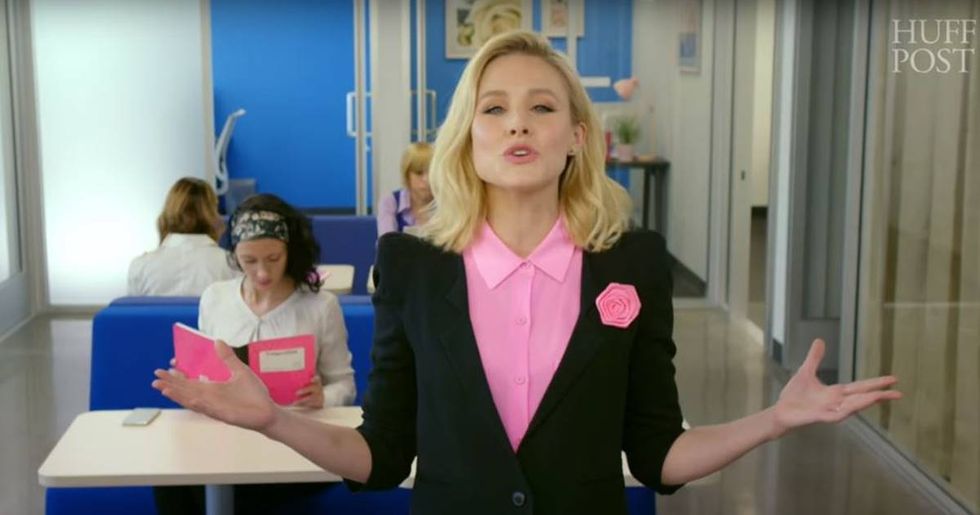 A hilarious new video just released by The Huffington Post combines two big issues in this year’s election and weaves them together perfectly: outsourcing and workplace equality. In the video, Kristen Bell (Forgetting Sarah Marshall, Frozen) stars as an advocate for Pinksourcing, a great new way for companies to “maximize their output while cutting back on costs.” How do they do it? “We have the cheapest and best workforce right here in the good ol’ U.S. of A—women!”

The video satirically illustrates the absurd discrimination women face every day in the workplace. Namely, they get raises less often and are paid less. It also points out that some women are illegally denied access to birth control without a copay by their employers while Viagra is completely covered. The video finishes by highlighting terrible stereotype that has impeded women’s professional growth since the beginning of time. “Remember, women don’t want to be working anyway,” Bell says. “They’d rather be home taking care of the family while their husband gets to make life choices and follow his dreams and play fantasy football.”