Don’t try this at home, but feel free to marvel at her courage and tenacity 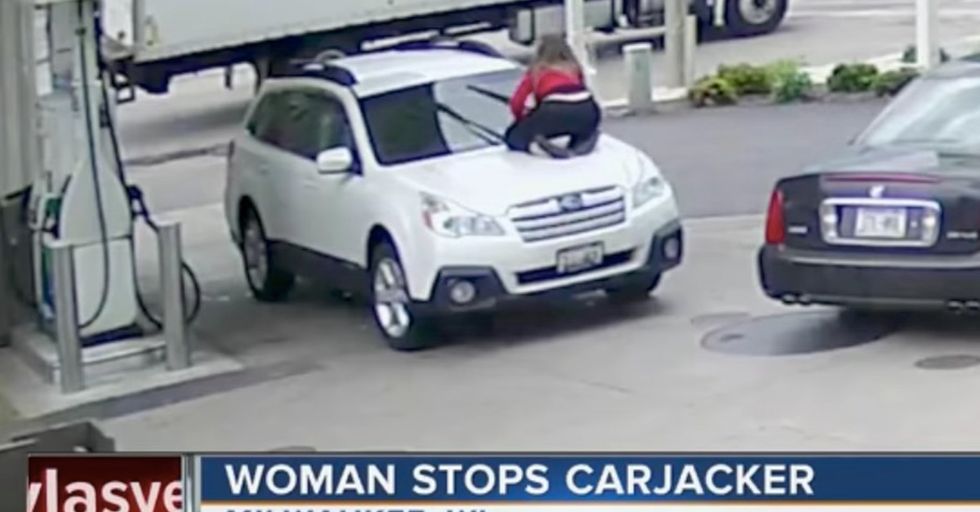 When a person finds themselves the victim of a crime with no imminent threat to themselves or others, the smart move, painful as it may be, is to walk away. No property, not even your car, is worth getting injured or dying for. Walk away. You and your loved ones will be glad you did.

This Milwaukee woman’s crime fighting deserves a medal, a parade, and her own Marvel movie.

While Melissa Smith was filling her car with gas, a car pulled up next to her and an occupant jumped into her driver’s seat. Though it’s not clear from the video how the man obtained the keys, he begins to drive off as Smith is kneeling on her car’s hood, attempting to block the driver’s field of view.

Initially, the carjacker is not discouraged by her efforts, and Smith’s life seems to be in danger as she dangles from the windshield. However, it quickly becomes clear that Smith and her death grip aren’t going to relent, and the carjacker flees the car, still idling forward. Smith dismounts from the car and jumps into the moving vehicle, saving the car from any damage.

As Smith admits in the interview, she didn’t give much thought to the danger of her actions. While that doesn’t make her response exemplary by any means, it’s still plenty impressive.