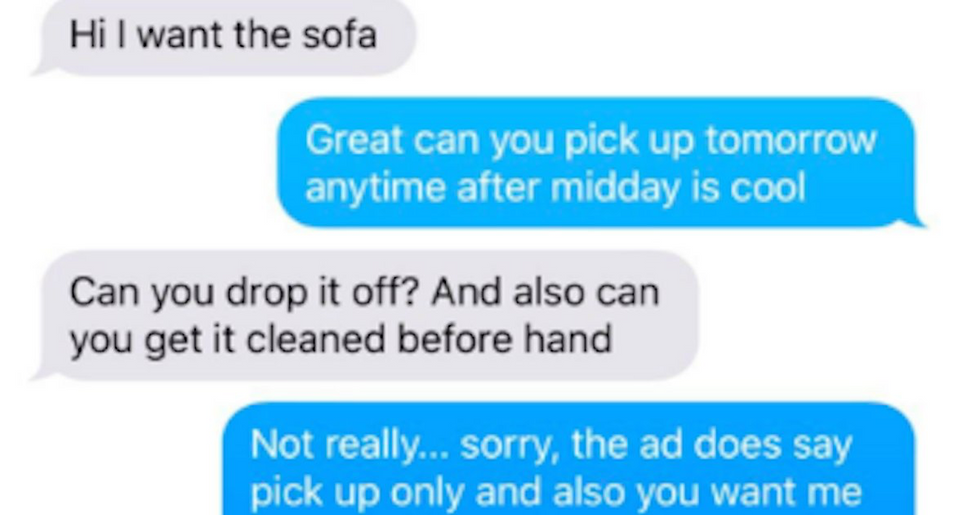 Hell hath no absurdity like a freeloader scorned. That’s in the Bible, right?

But truly, there are people online that are so cheap they’ll complain about picking up a free couch if it means they have to drive somewhere.

At times, the levels of entitlement are so out of hand they almost seem fake. Like, how can adult human beings be this out of touch with the world?

Then I remember who the president is and realize that all lows are possible.

A recent post on Reddit showcased possibly the world’s most entitled freeloader (although I have no doubt another contender will crop up soon).

It all started out par for the course, an interested party hit up someone offering a free couch. But it all quickly escalated when the person posting the couch refused to literally pay to clean something they were giving away for free.

I truly hope this person is lying out of manipulation and doesn’t actually have kids, because I can only assume they would glean some of these awful personality traits.