In The Face Of Public Pressure, Yale Is Renaming A College Named After A Noted Slavery Proponent

How was this even a debate? 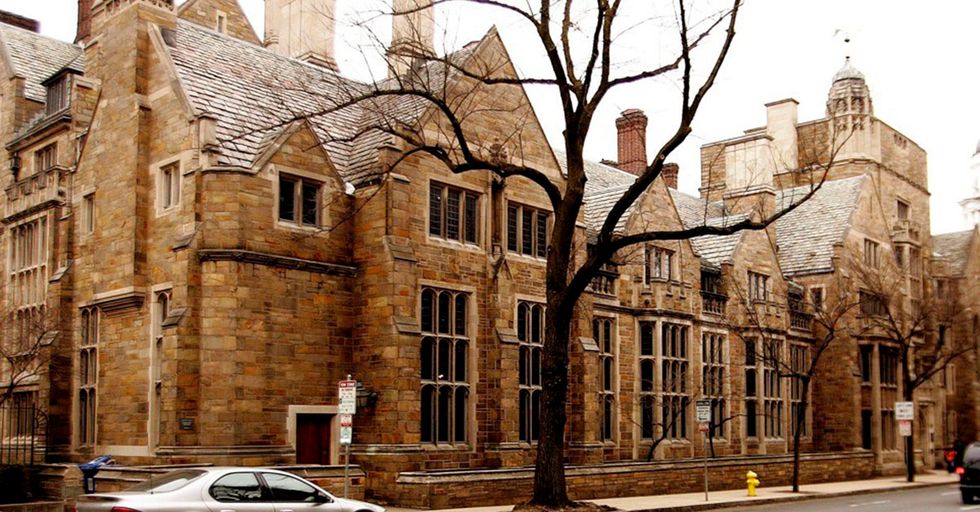 John Calhoun has been characterized in history books as a senator, holder of several cabinet positions, and a vice president. All those accomplishments earned the Yale alum a name on one of the campus’s resident colleges, but it’s his pro-slavery stance prior to the Civil War that has just caused its removal following the recommendation of a three-person advisory group.

In no uncertain terms, Yale President Peter Salovey announced via a written statement that the Ivy League institution will be stripping Calhoun’s name and replacing it with that of Grace Murray Hopper, who graduated with a PhD from the school in 1934 and served as an early trailblazer in the field of computer science and engineering, as well as a storied Naval career.

Salovey said in his message:

“The decision to change a college’s name is not one we take lightly, but John C. Calhoun’s legacy as a white supremacist and a national leader who passionately promoted slavery as a ‘positive good’ fundamentally conflicts with Yale’s mission and value. I have asked Jonathan Holloway, dean of Yale College, and Julia Adams, the head of Calhoun College, to determine when this change best can be put into effect.”

According to Salovey, Hopper’s name received more mentions as a replacement than any other.

The announcement comes following growing ire and protest regarding Calhoun’s history and his name’s prominence on campus. Last spring, Salovey announced the college would keep the name, citing a concern about hiding the school’s history, good, bad, or otherwise.

Just two months later, a dining hall employee made headlines when he shattered a stained glass window in Calhoun College that bore a depiction of slavery. The employee, Corey Menafee, spoke of the incident, stating, "I try to work and help people as hard as I can, and then you look up and see an image of slaves. It's the 21st century. I shouldn't have to see that."

The Black Student Alliance and other student groups protested the initial decision. Their continued pressure led to the recent reversal of the Yale president’s decision. Though the name will come down, Salovey reiterates, "In making this change, we must be vigilant not to erase the past." To that end, other mentions of Calhoun’s name throughout campus, as well as a statue of the man, will remain.

The advisory group’s statement speaks for many on campus and off:

"Calhoun himself defined a principal legacy -- his defense of racial inequality as integral to national development -- fundamentally at odds with Yale's mission," the recommendation letter reads. "It's hard to see how it can be understood today other than a legacy of 'racism and bigotry.'"

Despite the clear message, it seems that not everyone agrees with the decision to strike Calhoun’s name from campus.

Resigned yeterday as Associate Fellow of #CalhounCollege at #Yale. Been an honor but intolerant insistence on political correctness is lame.
— Geraldo Rivera (@Geraldo Rivera)1486917741.0

No doubt this revelation will lead many to wonder how Geraldo Rivera was named an associate fellow at Yale.