Reddit Users Answer the Question ‘What Quote Has Actually Stuck With You and Changed Your Life?’

They range from George Carlin to 2 Chainz to Oscar Wilde. 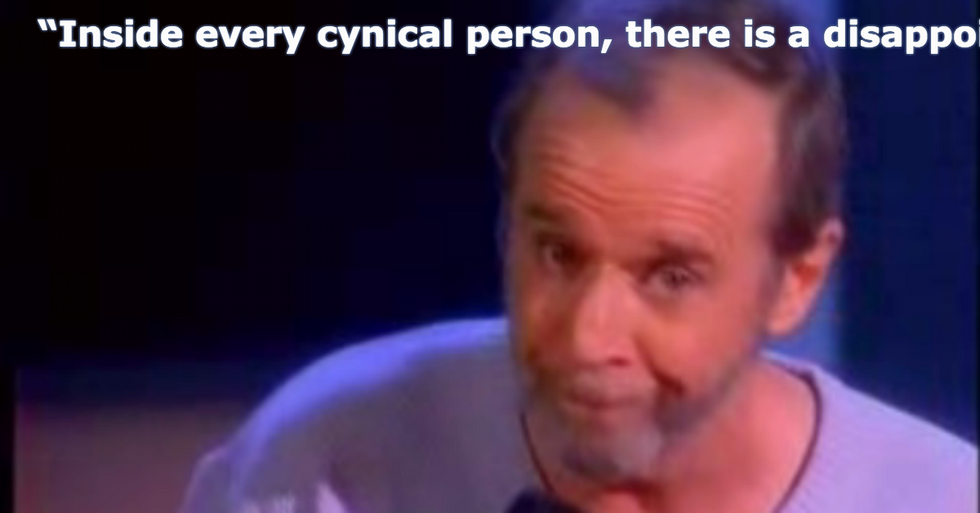 Sadly, it’s far too often that when we hear good advice it goes in one ear and out the other. But every once in a while we take something to heart and it changes our lives entirely. Recently a Redditor asked, “What quote has actually stuck with you and changed your life?” And the answers range from Henry Ford to 2 Chainz. Here are 15 of the most popular and eye-opening responses.

“It’s so hard to forget pain, but it’s even harder to remember sweetness. We have no scar to show for happiness. We learn so little from peace.” —Reddit user RoyalleBlue

“A man cannot build a reputation on what he is going to do.” —Henry Ford, posted by Reddit user BayouBoogie

“Speak only if you can improve the silence.” —Spanish proverb, posted by Reddit user noshoes77

“How lucky I am to have something that makes saying goodbye so hard.” —A.A. Milne, posted by Reddit user unwinagainstable

“Inside every cynical person, there is a disappointed idealist.” —George Carlin, posted by Reddit user Eyola

“Courage doesn’t always roar. Sometimes courage is a quiet voice at the end of the day saying, ‘I will try again tomorrow.’” —Mary Anne Radmacher, posted by Reddit user baumee

“The best time to plant a tree was twenty years ago, the second best time is right now.” —Chinese proverb, posted by Reddit user zazzlekdazzle

“The reason we struggle with insecurity is because we compare our behind-the-scenes with everyone else’s highlight reel.” —Steven Furtick, posted by Reddit user yaahoe

“Mayyybe instead of trying to find the right one, you should try to become the right one.......church.” —2 Chainz, posted by Reddit user wjp97

“A bowl is most useful when it is empty.” —Lao Tzu, posted by Reddit user ExistentialJew

“Be yourself, everyone else is already taken.” —Oscar Wilde, posted by Reddit user Blesss

“Understand that forgiveness does not exonerate the perpetrator, forgiveness liberates the victim. It’s a gift you give yourself.” —T.D. Jakes, posted by Reddit user itsrattlesnake

“A ship is safe in harbor, but that’s not what ships are made for.” —John Shedd, posted by Reddit user Somestimes_Sketches