“I decided to have the slutwalk for women that have been through s**t.” 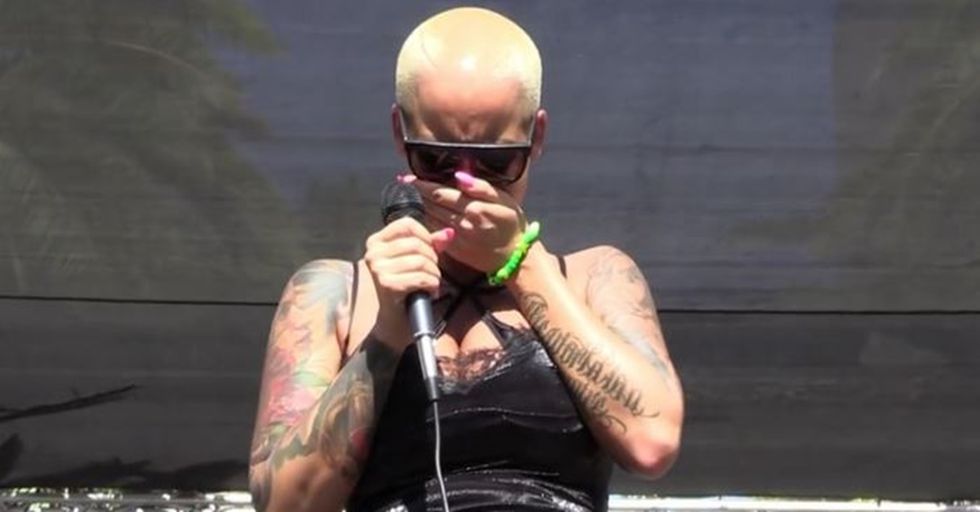 A few weeks back, GOOD praised feminist icon, model, and author, Amber Rose, for her unapologetically sex-positive “Walk of Shame” video she made for Funny or Die. Last weekend, she held another kind of walk, a SlutWalk, in Downtown Los Angeles. The SlutWalk was a bold rally to inspire people to fight against sexual injustice and victim blaming. Supporters at the event proudly wore revealing clothes and held signs that said, “Strippers have feelings too” and “I do what I want with my hot body.”

At the rally, Rose gave an emotional speech about how she was sexually degraded by a boy as a teenager and how, as an adult, she was slut-shamed publicly by prominent rappers. Addressing the audience Rose said, “I decided to have the SlutWalk for women that have been through shit. And even though I’m here crying I want to be the strong person you can look up to.”

According to the SlutWalk website, the event was also inspired by the sickening remarks of a Toronto police officer.

A word that exploded into a new but disturbing context after a Toronto police officer told a crowd of college women that if they wanted to avoid sexual assault, they shouldn’t dress like sluts.

This sparked a worldwide campaign that outraged men and women across the country.
We join the movement on this cause against sexual injustice, victim blaming, derogatory labeling and gender inequality.

NO MORE GENDER INEQUALITY
The Amber Rose SlutWalk
is here!

Here’s Rose’s emotional speech recounting the slut-shaming she has faced throughout her life.