Zero emissions: Amsterdam is boldly getting rid of diesel and gas vehicles.

These are the decisive moves the planet needs more of. 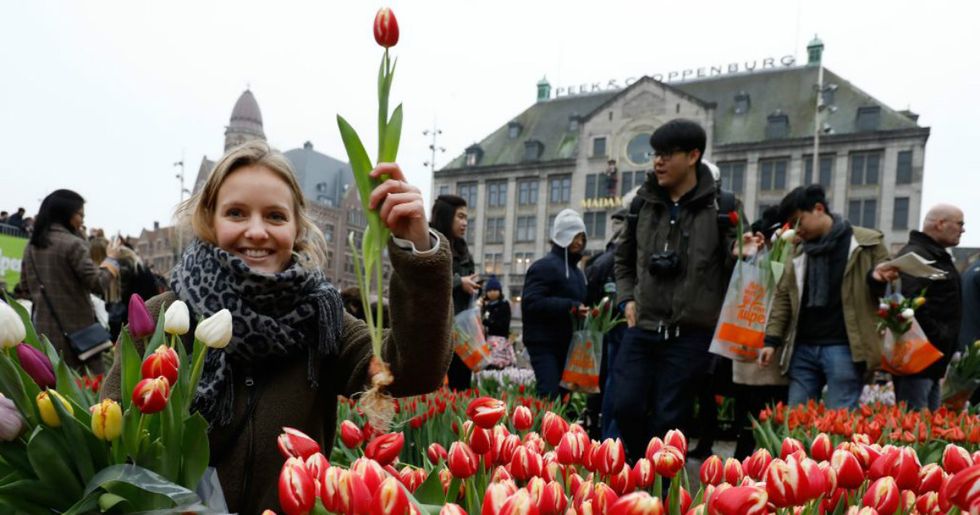 As the importance of living on a cleaner planet becomes pressing, more cities are taking it upon themselves to enact green initiatives. However, a new plan from the City of Amsterdam is going to be a sucker punch to a major source of pollution. Amsterdam announced plans to phase out all gas and diesel vehicles by 2030. They will be replaced with emissions-free alternatives, such as electric and hydrogen cars. Electric cars aren’t the car of the future anymore. They’re the car of now.

The Netherlands is already one of the most bicycle-friendly countries in the world. Nearly 30% of Dutch commuters travel by bike. However, the Netherland’s air pollution is higher than European standards permit. Most of the pollution is produced by the country’s two largest cities, Amsterdam and Rotterdam, so it makes it all the more pressing for Amsterdam to go green.

The importance of improving air quality has become imperative. "Pollution often is a silent killer and is one of the greatest health hazards in Amsterdam," Amsterdam Traffic Councillor Sharon Dijksma said. The current levels of nitrogen dioxide and particle matter can cause repertory illnesses, as well as shorten life expectancy by more than a year. It turns out walking to work is good for your health in more ways than one.

Amsterdam laid out it’s Clean Air Action plan, which begins with a ban on diesel vehicles more than 15-years-old by 2020. Over the next ten years, Amsterdam will expand which vehicles are on the list until all gas and diesel vehicles are banned. By 20222, the city seeks to do away with public buses and coaches that emit exhaust, and in 2015, exhaust-emitting boats and mopeds will be banned. The city will also offer subsidies and special parking permits in order to encourage its citizens to switch to electric or hydrogen cars. Additionally, Amsterdam will amp up the number of electric charging stations from 3,000 to 16,000 to 23,000 by 2025.

The changes coming to Amsterdam are major, and we’re excited to see how they play out. Hopefully, the citizens of Amsterdam will be able to breathe easy come 2030!