Amazon tried to slam AOC after she said they pay ‘starvation wages’ — but Amazon workers have her back.

Amazon workers rose up to speak truth to power. 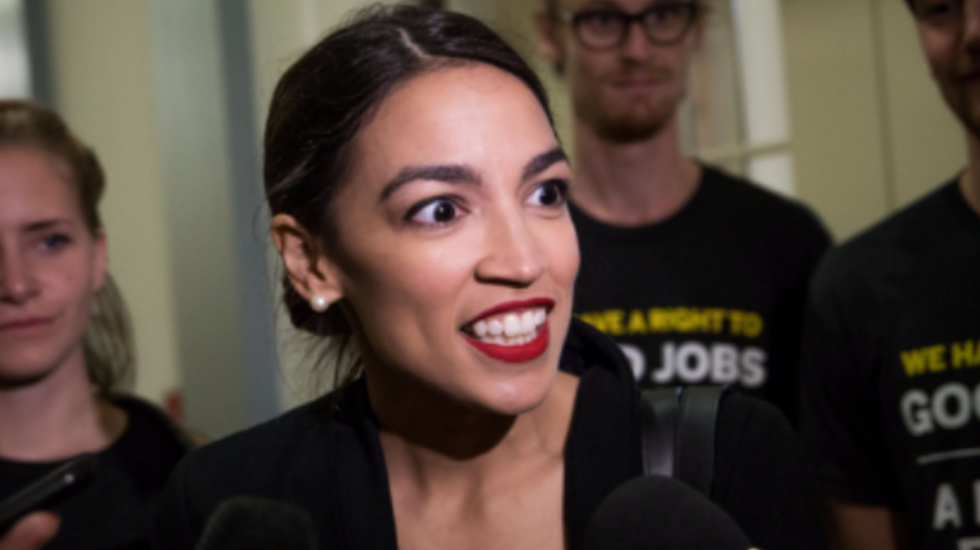 Alexandria Ocasio-Cortez is squaring up against one of the biggest corporations in the world, and some workers are helping her out.

AOC has been vocal in her distaste of multi-billionaires like Jeff Bezos. In an interview with ABC News this weekend, she likened Amazon's lowest salaries to "starvation wages," adding that it's unfair for taxpayers to have to subsidize the lives of workers who need food stamps to survive — all while the owner of the company is raking in cash as the richest man alive.

Amazon responded to these comments by calling AOC "just wrong."

CNN fact-checked the whole brouhaha, and declared that $15 and hour is not, in fact, a livable wage in all parts of America. Amazon also is not "a leader on pay," CNN reports, mostly because that phrase doesn't actually mean anything. They concede that Amazon does offer medical benefits for full-time workers, but not part-time workers or contractors.

And then the Amazon workers started to weigh in. They reminded Amazon that the company's minimum wage didn't rise to $15 an hour until after progressives demanded it.

@amazonnews @AOC Lol, you do know that everyone saw @Amazon unwillingly raise their minimum wage after being pressu… https://t.co/Qs6cDwhGVd
— farmfield_vfx (@farmfield_vfx) 1560799352.0

And some pointed out that Amazon slashed benefits at the same time that it bumped salaries up to $15 an hour, leading some employees to feel like the raise itself was a wash — and in some cases, a pay decrease.

Prior employees lamented how the company treated people before it was cajoled into paying $15 an hour.

@AOC Sure wish I made $15/hr when I worked for Amazon, might have helped pay for therapy after the mental breakdown it gave me
— Eric Shoopman (@Eric Shoopman) 1560827543.0

Others pointed out that part-timers find it even harder to find hours and make a living.

I worked for Amazon during a rough period, told myself being jobless was better than being treated how people were… https://t.co/E7nYmpBwXP
— Ryan Tatum (@Ryan Tatum) 1531777917.0

Also, some pointed out that contract workers, who sometimes have the hardest jobs of all, aren't entitled to any of these benefits or pay guarantees.

Very few tweets can be found defending Amazon's compensation practices — despite the fact that the company allegedly awards workers who defend them online with gift cards and time off.

This story originally appeared on SomeeCards. You can read it here.