This video of a father having a conversation with his baby is going viral because it's so damn adorable. 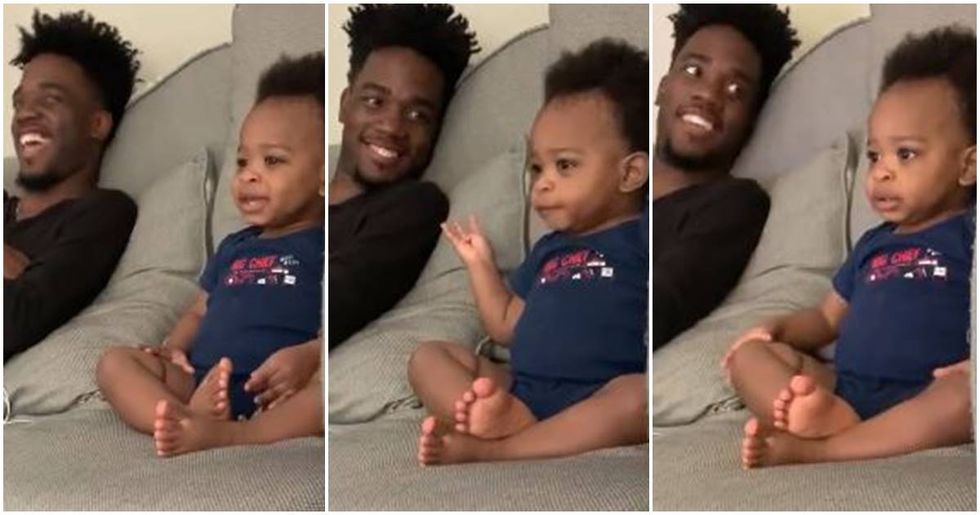 A video posted by mother Shanieke Pryor has over 24 million views on Facebook and 2 million likes on Twitter because her 19-month-old son, Kingston, appears to be talking just like a grown up … but without any actual words.

In the video, Pryor’s husband, up and coming actor-comedian Deztin “DJ” Pryor is talking to his infant son while watching a television show. The two go back and forth like they’re having a real conversation and Kingston seems very adamant about his opinions on the show.

The video is also a great display of Deztin’s comedic timing as he goes back-and-forth with his son.

Things are looking up for Deztin, in January he participated in the 2019 CBS Diversity Sketch Comedy Showcase where he showed his skills to network executives, showrunners, casting directors, and talent agents. He was one of 21 actors selected from a pool of 3,000 who auditioned.

And, from the looks of this video, it appears as though little Kingston will probably be following in his father’s footsteps.