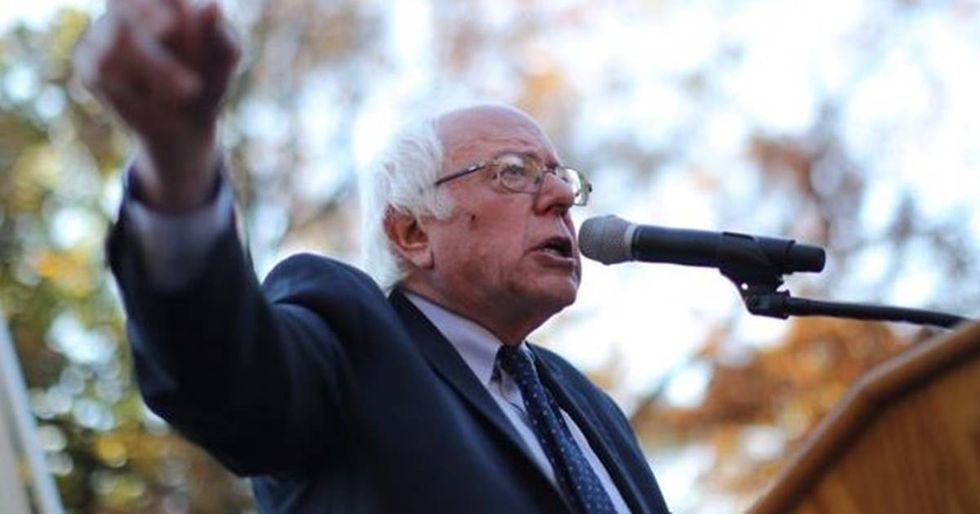 On Thursday, the House of Representatives Committee on Science, Space, and Technology tweeted a Breitbart News article with the headline “Global Temperatures Plunge. Icy Silence From Climate Alarmists.” This tweet prompted progressive anger for two reasons. First, it was an obvious piece of science denial from what should be a pro-science committee*. Second, it promoted the alt-right views of Breitbart News, the former mouthpiece of Trump’s senior advisor and white nationalist, Steve Bannon.

Although the tweet was alarming for many, it did prompt a hilarious response from Vermont Senator Bernie Sanders:

The House science committee is chaired by Republican Lamar Smith who has a history of science denial and accepting big donations from the oil and gas industries. So the tweet isn’t entirely surprising, given the source. But the problem the tweet represents is far more nefarious than the tweet itself. It’s emblematic of Congress’ blatant disregard for its responsibility to the American people. Science deniers should never be given jurisdiction over NASA, the Department of Energy and the EPA.

The Breitbart News article, written by James Delingpole, is as lazy as it is false and dangerous. The article quotes heavily from the Global Warming Policy Foundation located in the United Kingdom. At first glance, the organization seems credible, but it’s actually a group of climate change denial advocates funded by anonymous donors. Although one major financier has been revealed: Sir Michael Hintze, a hedge fund founder who is a prominent member of England’s Brexit-climate-denier cabaal.