Border agency tries to get sympathy for the hard work of separating families. They’re getting roasted instead. 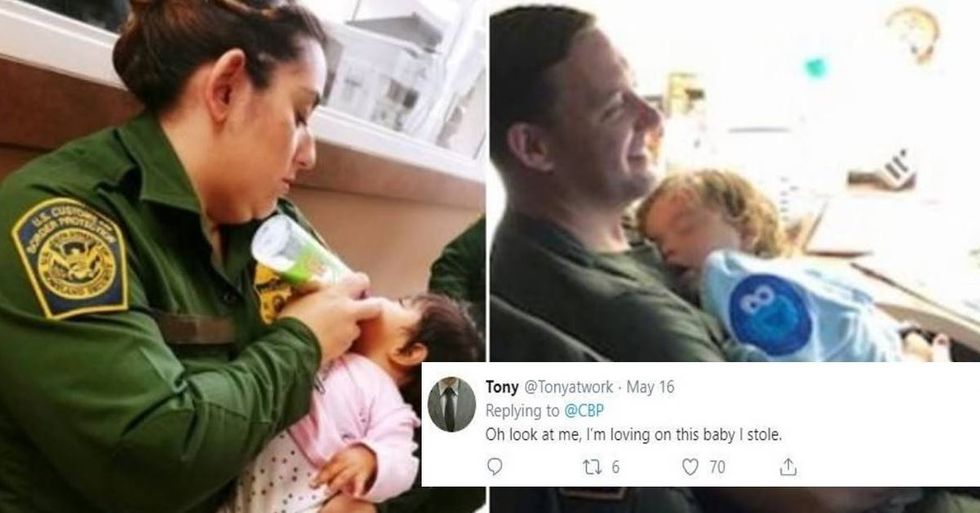 The Trump Administration’s family separation policy at the U.S.-Mexico border was a disturbing chapter in American history. Over a little more than a year, 2,654 children were taken from their families and put in detention facilities while their parents were prosecuted and held in federal jails.

Although President Trump signed an executive order in June 2018 to halt the family separations, his administration is currently vetting a new policy that could continue the practice.

The new policy would be called “binary choice” where parents are given an ultimatum at the border: either be separated from your children indefinitely or waive your child’s rights so they can be sent to jail with you.

“A choice between family separation and family detention is not a choice at all,” Taylor Levy wrote in the Washington Post. “As cruel as separation is, children simply do not belong in prison. A number of pediatric associations agree that the effects of detention, including family detention, are uniquely traumatizing for children and can cause irreparable, lifelong harm.”

Americans should remain forever vigilant that this cruelty never happens in our name again.

People on Twitter clearly haven’t forgotten the Trump Administration’s heartlessness. A recent tweet by the U.S. Customs and Border patrol praised its agents for how they “care for these vulnerable children” at the border and they got absolutely roasted for it.