Donald Trump may not be a fan of “World Breastfeeding Week,” but these moms are. 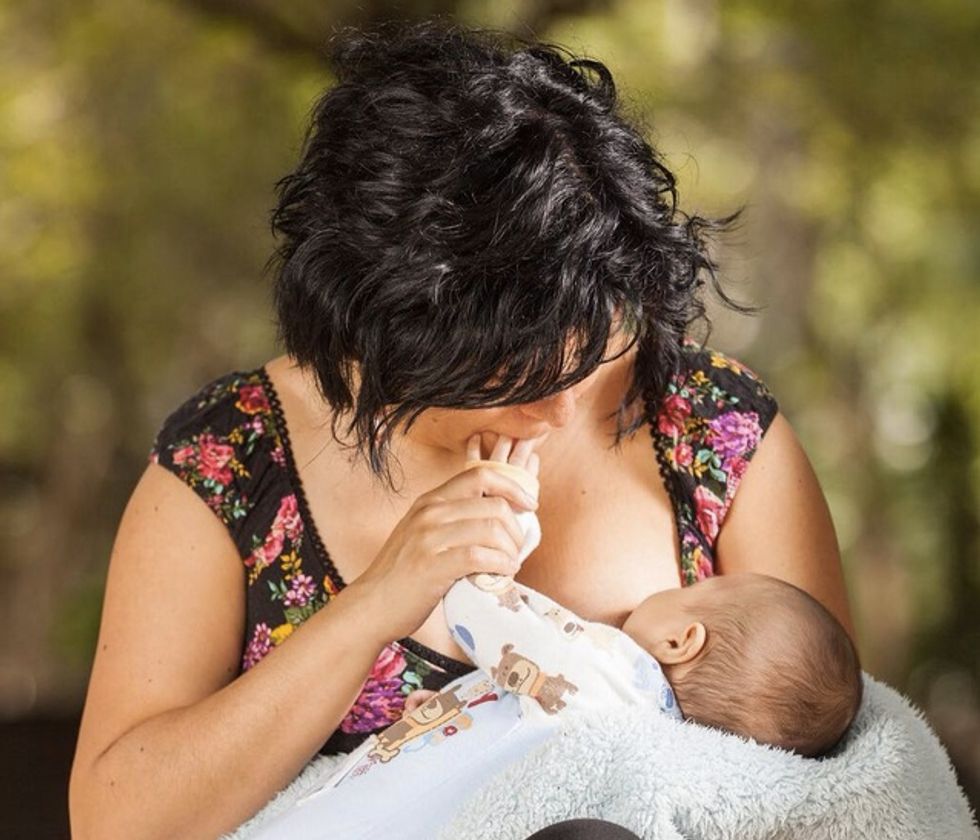 A couple days ago, Donald Trump made the news for saying something outrageous (a new day, a new group to offend). This time, it was revealed that he once told a woman she was “disgusting” for attempting to breastfeed while he was in the middle of a deposition. But Trump’s not the only one—mothers throughout the world are routinely shamed for doing a totally natural, actually necessary, act in public. This week, mothers throughout the world have taken to social media and started posting selfies of themselves breastfeeding, hoping to stop stigma and raise real awareness.

Known as “World Breastfeeding Week,” moms are fighting for their right to perform one of the most basic of human needs in public. There are an estimated 830 million working moms in this world, but there are very few offices that give women clean, private spaces to pump privately (unless you consider a dirty bathroom stall a “clean, private space.”) The women behind this project hope that they can not only change private attitudes, but influence public policy.

Take a look at some of their gorgeous selfies (gorgeous? Selfies? Who knew there was such a thing?) below.