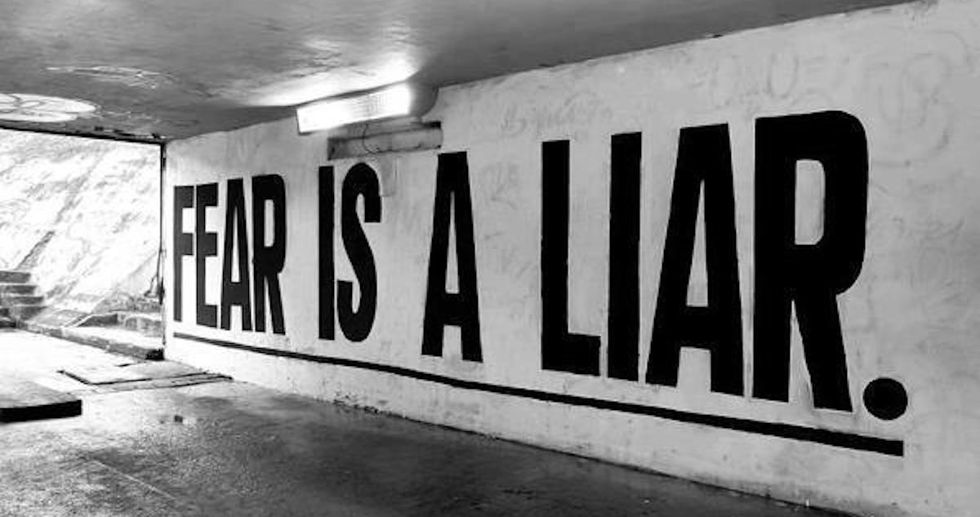 Image via The Real Art of Street Art

As unnerving as this disconnect may be, it isn’t exactly news. Americans have consistently overestimated crime rates, despite the downward trend that has prevailed over the past three decades (though one reason for the mismatched data may have to do with the lag time of national surveys). The FBI and BJS didn’t release their 2015 crime rate findings until this past fall, meaning they don’t capture the most up-to-date data. The widely reported instances of violent crime that characterized this past year may inflate public perception of an overall increase.

According to the Brennan Center for Justice’s preliminary analysis of crime in 2016, it’s unlikely you’ve experienced a real increase of violent crime, unless you live in Chicago. As the authors explain,

“Nationally, crime remains at an all-time low … These findings undercut media reports referring to crime as ‘out of control,’ or heralding a new nationwide crime wave. But the data do call attention to specific cities, especially Chicago, and an urgent need to address violence there.”

They add that while the reasons behind Chicago’s short-term spike in crime need further investigation, this recent trend is likely a result of the socioeconomic problems that plague the city including “high poverty, unemployment, and racial segregation.”

There’s the other factor that Donald Trump’s fear-baiting rhetoric likely aggravated common misconceptions. During his campaign, he depicted Mexican immigrants as criminals and rapists, while his son compared Syrian refugees to poisoned Skittles. Meanwhile, the Southern Poverty Law Center reports that Trump’s election night win has caused a surge in hate crimes carried out in the president-elect’s name. The very people who have an inflated sense of crime rates may be the ones to actualize them. If 2016 has taught us anything, it’s that irony knows no bounds.