The beard gene is strong with the Darwins. 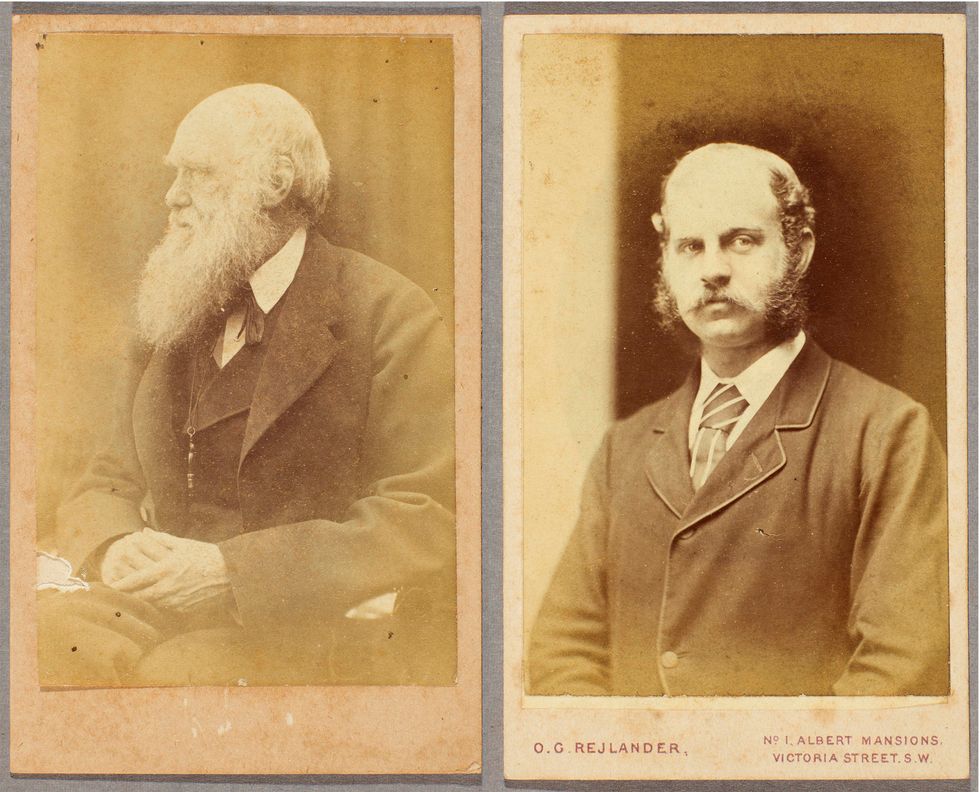 Today we know a lot about evolution, the driving genetic force that we experience every day, whether we’re removing those pesky vestigial organs like wisdom teeth or the appendix, or maybe landing on a tailbone after a nasty skateboarding fail. Yet we seem to know little about the everyday life of the founder of the theory of evolution, Charles Darwin.

A newly acquired photo album reveals a closer look at Charles Darwin’s family. The 19 prints of the family photo album were recently acquired by the Huntington Library, Art Collections, and Botanical Gardens near Pasadena, California. Some of these images offer a glimpse into Darwin’s lineage, featuring sweet portraits of Darwin’s daughters and staid photos of his spectacularly bearded sons.

Other photos are mysterious, showcasing unidentified subjects and quizzical handwritten notes scrawled on the back of the pictures. In a way, the images humanize Darwin; they cast off his exalted status as the father of evolution and instead portray him as an ordinary father and husband. The images also act as an indirect insight into the time when Darwin lived. We see the names and addresses of London (and European) photography studios on the backs of the photos, sometimes emblazoned with the typographical flourishes that were cool in the early Victorian Era. We see the clothing and hairstyles that the Darwins wanted to be recorded. There was no such thing as a candid photo in these early days of cameras, so the photo studio was as much about creating an image as it was about portraying reality. Like our current obsession with well-posed selfies, photography was less of a mirror and more a projection of how you wanted to be seen.

A century later, it seems we haven't evolved much after all.

Check out these photos (and backs of the photos) from Darwin’s family album below.

Henrietta Darwin with her two dogs: Polly on her lap and Bobby on the ground, circa 1870s. Image courtesy of Huntington Library, Art Collections, and Botanical Gardens.