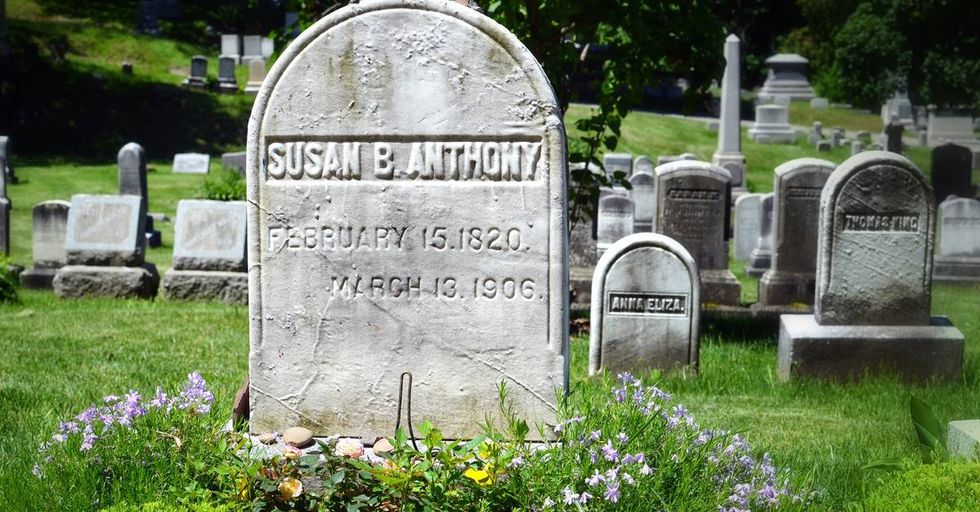 The 2016 presidential election has generated so much sensationalistic news that one major milestone seems overlooked given its historical importance. Hillary Clinton became the first woman nominated for president by a major U.S. political party. So on July 27, Lovely Warren, the first woman to ever be elected mayor of Rochester, New York, decided to mark the event by placing a note next to the headstone of one of the city’s most important residents: Susan B. Anthony.

“Dear Susan B., We thought you might like to know that for the first time in history, a woman is running for president representing a major party. 144 years ago your illegal vote got you arrested. It took another 48 years for women to finally gain the right to vote. Thank you for paving the way.”

Although Susan B. Anthony died 14 years before women won the right to vote, she played a pivotal role in the women’s suffrage movement and would no doubt be elated to hear of Clinton’s nomination. “I want everyone to recognize that this is about moving forward, regardless of anything,” the mayor told Upworthy. “Never forget where we came from. Never forget that women didn’t have the right to vote, and we had to pass a constitutional amendment to give women the right to vote. Same thing for African-Americans. Don’t forget about the fact that even to this very day, women earn less than men.”

The city also put up a board where people can share their thoughts on the historic moment.