Most of us have been in this exact situation. 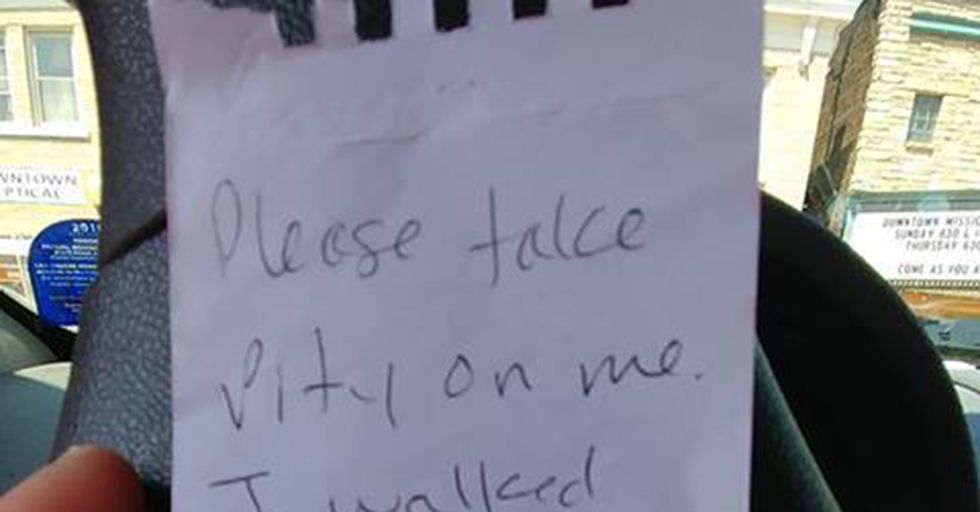 As we know, the police and parking enforcement officials aren't always the most accommodating when it comes to taking circumstances into account before writing a ticket. In fact, they're generally the absolute worst.

But that didn't dissuade one Wisconsin man from requesting leniency from the powers that be, when he left his car at a meter overnight after drinking too much.

The note he left on the windshield of his car, where any ticketing agency would see it, read, "Please take pity on me. I walked home … safe choices."

Sure enough, the car in violation of an expired meter was discovered by the Wausau Police Department the next day. Fortunately, the man found a sympathetic soul in Officer Jim Hellrood, who heeded the man's request for pity.

So the note worked … this time. But the police are also aware that this could serve as a convenient excuse for those who are just looking to weasel out of a ticket, so a higher-up at the department, Lt. Cord Buckner, issued a statement following up on the post.

"We're pleased people follow what we do and take an interest and understand the decision. But if you are planning on drinking, avoid driving altogether," he said.

Because, really, what's a run-in with the cops without a stern lecture and a “Have a nice day, then" at the end?

This article was originally published on May 16, 2019.