This freaky sketch is a mind-bending example of the power of suggestion. 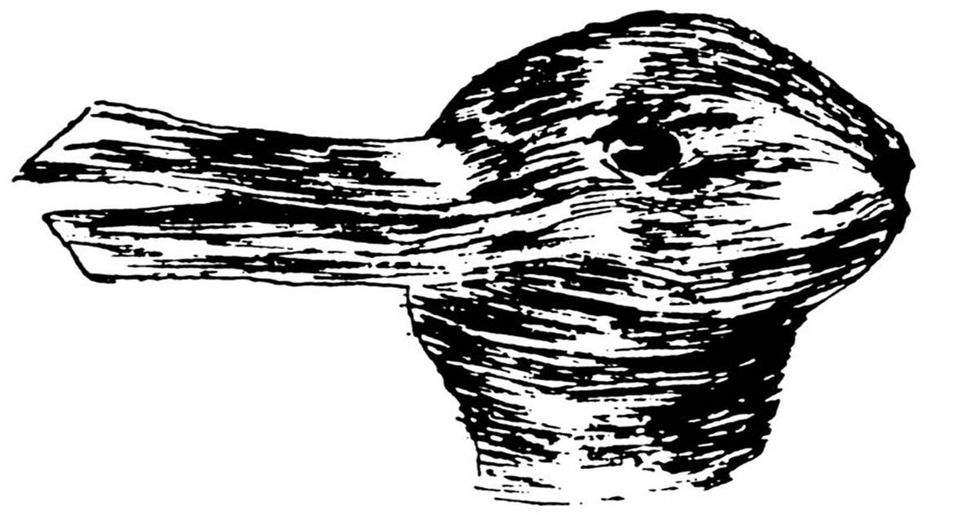 Is the sketch above of a duck or a rabbit?

Psychologist Joseph Jastrow created this ambiguous sketch in 1899 to demonstrate the power of suggestion. It’s since been used in numerous studies to show the power our mental processes have over visual stimuli.

In one study, the image was shown to children around Easter and they tended to see the image as a rabbit. But when children were shown the image around October, more saw it as a duck.

The image has been shown time and time again to show how we internally project our life experiences and assumptions onto ambiguous visual stimuli. On a deeper level, just imagine how our own personal biases and prejudices — whether political, religious, or ethnic — play into how we interpret events we see in the news or our everyday lives.

“Most observers cannot see a single figure as both a duck and a rabbit, most cannot see one figure in a pair as a duck and the other as a rabbit even though the two figures and their features are spatially distinct,” Neuroscientist Kyle Mathewson he wrote in the study summary.

“We’re allowing people to use higher level processes in a better way, in a new way,” Mathewson continued. “So it’s not that their eyes aren’t letting them see, or that your visual system doesn’t let you see a duck beside a rabbit, but that everything you thought about ducks and rabbits before didn’t let you see the duck and the rabbit So we’re giving you a new lens to look at the figures.”

The study is a fun wake up call to the idea that humans are highly susceptible to manipulation, whether it’s from a sales person or the president of the United States. So we should be careful and try to consider the idea that some “ducks” may also be “rabbits,” and to be really suspicious when people try to say they want to eat one another.