In 1988, Eddie Murphy Nailed the Oscars and Hollywood for Their Racism—and Still Made People Laugh

In a “nervously laughing as I look at my shoes” kinda way. 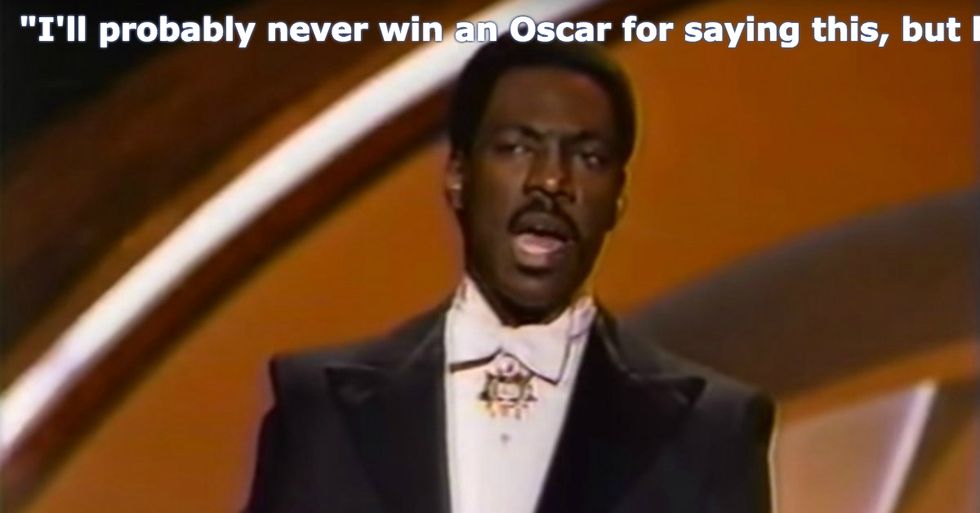 The biggest news surrounding the 2016 announcement of the Oscar nominees was that … surprise, there were no people of color nominated in the main categories. The two movies that are largely about African-Americans and did get nominations—Creed and Straight Outta Compton—received those for … drumroll, please ... white folks.

Flashback to 1988, when Eddie Murphy presented the award for Best Picture at the 60th ​Academy Awards and had a little something to say about the same phenomenon: