The 2016 Oscar nominations are in, and they’re just as white as last year. 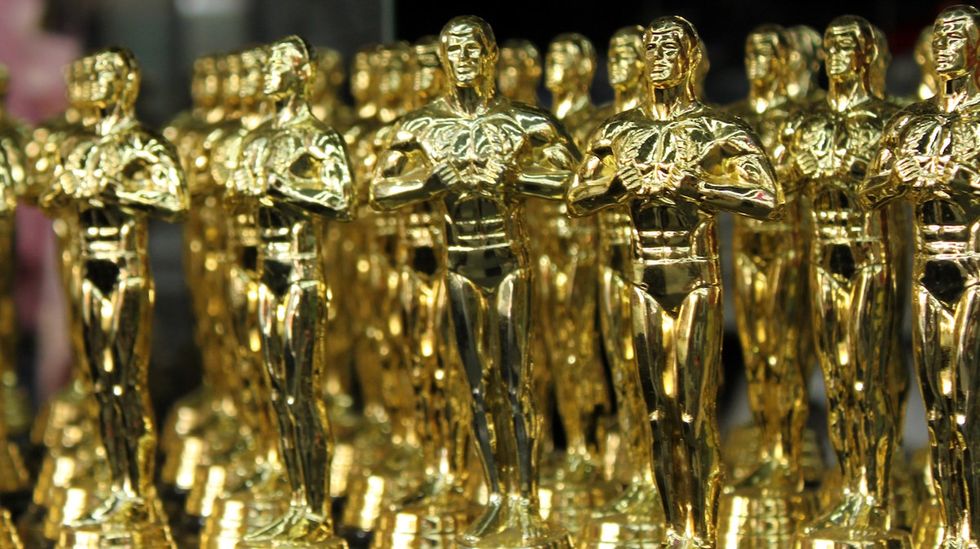 Another year, another Oscar letdown. After last year’s predominantly white list for the coveted film awards, the Academy has once again left out a great number of well-deserving people of color from their biggest categories, for picture, lead performances, and direction. A Latino does appear in the Best Director category, though, with Alejandro González Iñárritu receiving a nomination for The Revenant.

It’s not like the Academy of Motion Picture Arts and Sciences didn’t have a diverse enough selection of films to choose from. Plenty of works released in the past year that received critical acclaim were written or directed by people of color or starred nonwhite actors. But the Academy is a sore representation of the film industry; its voters are 94 percent white, 77 percent male, and older than 63 years, on average, according to a 2012 survey by the Los Angeles Times.

To give due diligence to those overlooked by the Academy, here is a list of five Oscar-worthy movies that deserve your attention.

Oddly enough, Sylvester Stallone received a nomination for Best Actor in a Supporting Role, but the film’s star, Michael B. Jordan, appears nowhere on the list. A spin-off and sequel of the Rocky series, Creed tells the story of Adonis Creed (Jordan), the son of Apollo Creed from the original films, as an emerging professional boxer who trains under Rocky Balboa (Stallone) in Los Angeles. The film was directed by Ryan Coogler, who is black, and received critical acclaim for his direction and Jordan’s performance.

Iconic hip-hop group N.W.A.’s biopic, which was directed by and starred black men, received only one nomination, for its screenplay—which was written by two white people. The film’s influence was nearly ubiquitous in 2015, with photos of people in their customized “Straight Outta” t-shirts bombarding social media and Dr. Dre’s follow-up album Compton receiving considerable acclaim from music critics. However, watch this film with some caution: Its treatment of women, and lack of representation thereof, has received criticism from many writers, bloggers, and activists.

In 2014, Time magazine released its cover story on Laverne Cox accompanied by the phrase “The transgender tipping point,” which quickly became the go-to slogan to describe the ever-growing social, political, and cultural climate of trans awareness. But the narrative of trans people that dominates the media often omits the reality of many trans people, especially trans women: poor, black, and struggling to make a living. Tangerine (which, remarkably, was shot completely on iPhones) offers a refreshing light on that reality. The film’s wild, hilarious, and raw adventure of two trans sex workers (played by transgender actresses) in Los Angeles provides a refreshingly honest and uplifting portrayal of those living in the most marginalized corners of society.

Beasts of No Nation

Netflix continues to expand its reputation as a production company with this original film by Cary Fukunaga. Beasts of No Nation, based on a novel by Nigerian writer Uzodinma Iweala, tells the story of a boy’s survival in a war-ridden country. The film was shot entirely in Ghana and features an all-black cast, with Idris Elba’s performance as a military commander drawing praise from critics. The film has been nominated for other awards, including the NAACP Image Award for Outstanding Motion Picture and the Screen Actors Guild Award for the cast’s performances.

The main calling card for this film is Will Smith’s performance. The reputable actor plays the role of Dr. Bennet Omalu, the Nigerian physician who published his findings on the long-term dangers of the concussions that many professional football players endure. The film is based on a GQ exposé and retells Omalu’s battle against the NFL for the sake of the athletes’ health. The film itself is a decent sports drama that personifies the struggle between an honest doctor and a massive corporate organization, but it’s Smith’s acting that truly sells the film’s intensity and emotion.