After Half A Century, These Civil Rights Activists Had Their Convictions Overturned (UPDATED)

Decades after pioneering the civil rights movement’s “Jail, Not Bail” tactic, the “Friendship Nine” have a clean record. 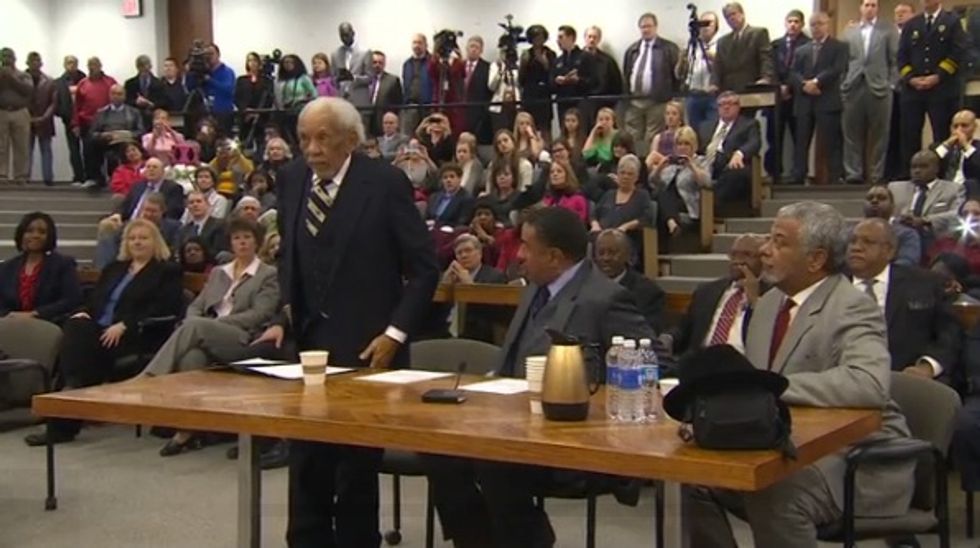 In February of 1961, a group of college students from Friendship Junior College were arrested for staging a sit-in a segregated lunch counter in Rock Hill, South Carolina. Given the option of paying a fine, or being sentenced to 30 days of hard labor in jail, eight of the students, as well as a civil rights organizer who had been arrested alongside the group, opted to serve their jail time rather than pay money into the very system they were working to overcome. That group, known as the “Friendship Nine” pioneered what would become the “jail, not bail” tactic, and in doing so marked a new era for the civil rights movement.

On Wednesday, nearly 54 years after their arrest and imprisonment, the surviving members of the Friendship Nine saw their convictions officially overturned. Represented by Ernest A. Finney Jr., the same attorney who defended the group over half a century ago, and who later went on to become South Carolina’s first African American state Supreme Court Chief Justice, the group sat before a packed courtroom, filled with friends and family. There, York county prosecutor Kevin Brackett publicly apologized for the groups arrest and imprisonment, saying “Allow me to extend to each of you my heartfelt apologies for what happened in 1961.”

Following their arrest, the Friendship Nine became icons of the civil rights era, and in 2007 were honored by Rock Hill with a historical marker commemorating them and their bravery. While overturning their conviction on Wednesday, Rock Hill judge John C. Hayes III told the eight remaining men “We cannot rewrite history, but we can right history,” at which the court burst into applause.

The Friendship Nine are:

UPDATE: An earlier draft of this article incorrectly named the presiding judge as “Mark Hayes.”