This girl wore her mom's 22-year-old prom dress and slayed.

Plus, it held a sentimental value that money can't buy. 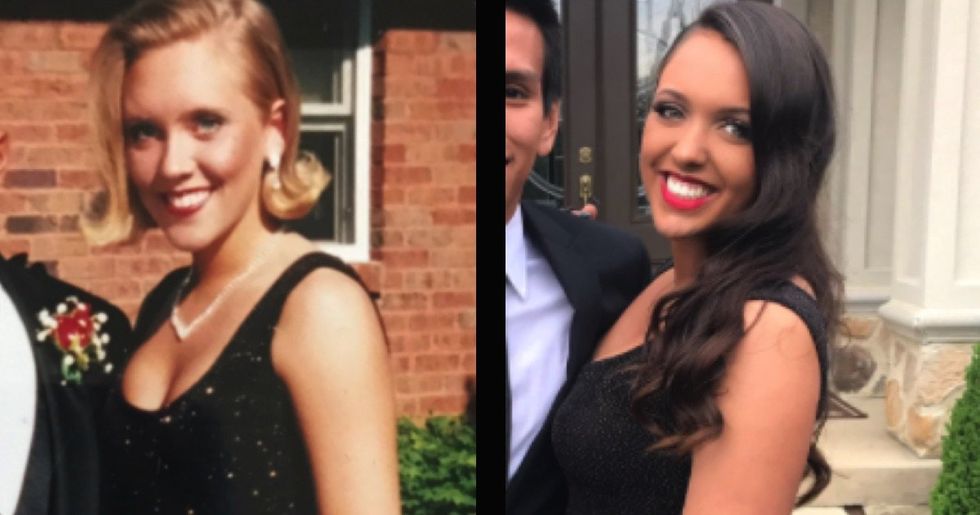 Prom is a pretty big deal for many high school students, and things can easily get pricey between the outfit, the corsage, the limo, the ticket...the list goes on. But instead of spending a small fortune on a brand new prom dress, senior Ally Johnson decided to wear her mother’s 22-year-old gown to the big dance, and it looked just as gorgeous in 2017 as it did when her mother wore it back in 1995.

Plus, it held a sentimental value that money can’t buy.

We have to say, we do miss those fabulous (and very ‘90s) long black gloves, though.

The Huffington Post reported that Ally’s mother Lori offered up her now-vintage prom dress to her daughter for past dances, but Ally was never into the idea. However, after failing to find a gown she loved for her prom, she decided to give her mother’s dress a go.

She then asked her grandmother, who had been saving the dress, if she could try it on. It fit like a glove and she fell in love with it instantly.

“It is very stretchy, which made it fit perfectly,” Ally told The Huffington Post. “I was surprised because my mom had a very different build than I did when she was in high school.”

Now Ally says she plans on holding on to the dress just in case she one day has a daughter who wants to wear it.

“I feel like I started a tradition,” she told HuffPost. “I’mm going to hold onto this dress and hopefully my daughter will be willing to wear it to her senior prom.”