"It’s rooted in centuries of ignorance, violence and white supremacy." 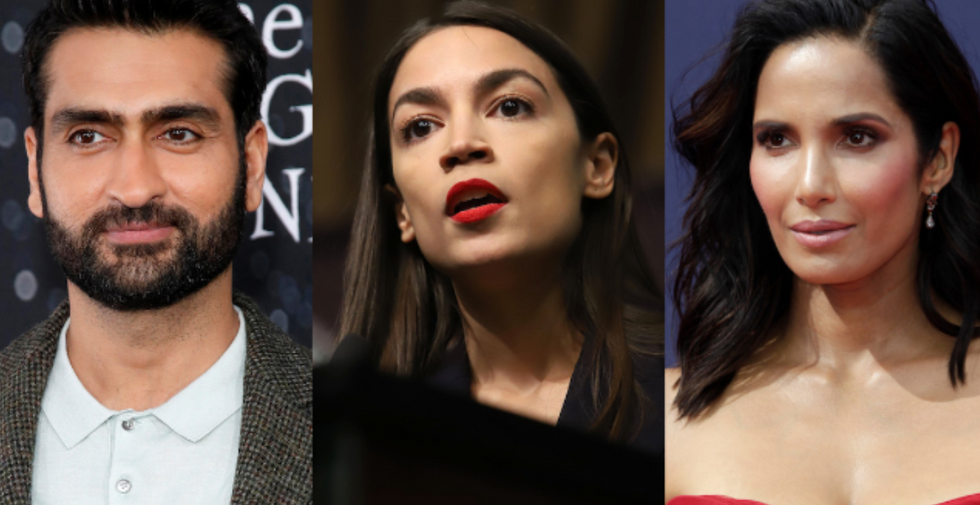 ICYMI: our President used a despicable racist phrase this weekend to bully and disparage members of Congress who have challenged him. In a series of tweets that should've been deleted the second they left his tiny, racist brain, he told "'Progressive' Democrat Congresswomen" they should "go back to where they came from." The tweet was most likely directed at AOC, Ilhan Omar, Ayanna Pressley, and Rashida Tlaib, all women of color who represent, and are from, the United States. It's disgusting; it's racist; and it's not surprising given that Trump is a known disgusting racist. It's also far from the first time this wording has been used by racists to belittle, insult and harm immigrants and people of color who live in the U.S.

AOC and many others were quick to call him out.

Many folks have taken to Twitter to share their experiences with being told to "go back to where they came from," and their stories highlight just how ignorant and hypocritical these words are and also how damaging and painful they can be.

“Go back to your country” is a taunt immigrant kids hear on the playground, it’s a threat I get from unhinged peopl… https://t.co/qQ7frlezSA
— Padma Lakshmi (@Padma Lakshmi) 1563202062.0

Growing up in Northern Virginia, I used to get the occasional "go back to China" while playing sports. (I was actua… https://t.co/4FUtaMnruj
— David Nakamura (@David Nakamura) 1563206033.0

Growing up & hearing racists tell my parents to “go back to their country” created a source of deep cultural shame… https://t.co/xqWfLxK9Z9
— Natalia Valencia (@Natalia Valencia) 1563206428.0

Latinos have been told for many decades to go back to their country. Many are told “go back to Mexico” even if thei… https://t.co/xq6UNGdfau
— Suzanne Gamboa (@Suzanne Gamboa) 1563200161.0

I’ve heard “Go back to your country” many many times. Most recently was about a month and a half ago in LA. It hurts my feelings every time.
— Kumail Nanjiani (@Kumail Nanjiani) 1563208464.0

He likes to point out to questioners that his family has been in the United States often longer than the families o… https://t.co/PcuhvjyK8G
— Michael Li 李之樸 (@Michael Li 李之樸) 1563116834.0

And while it’s mostly been white people who make these sort of comments, a lot also have come from African American… https://t.co/XfLC53mu8Z
— Michael Li 李之樸 (@Michael Li 李之樸) 1563118151.0