Hillary Clinton just tweeted the best ‘told you so’ in Twitter history.

She called out Trump’s dangerous conflicts of interest back in 2016. 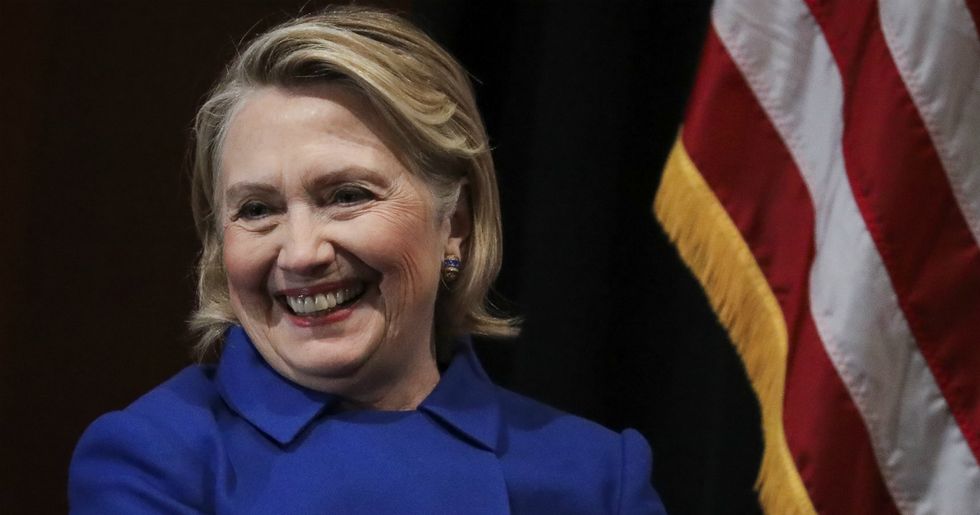 Hillary Clinton has kept a relatively low profile since the devastating results of the 2016 election, and really, can anyone blame her? If I feel psychologically scarred just reading about the ignorance Trump spreads, then I can only imagine what it felt like losing to him in front of the country after dedicating your career to politics.

America, as a collective, gave Clinton the middle finger when Trump was elected. This obscured her multiple warnings about Trump’s dangerous conflicts of interest.

That being said, every now and then Clinton will break her silence to call out the current administration, and it’s usually succinct and salty.

This morning, Clinton tweeted a clip of a debate during the election with the caption: “Like I said, a puppet.”

In the clip, Clinton calls Trump out for being in bed with Russia while warning the U.S. about what we’d sign up for under him as president.

The clip is even more chilling after a recent New York Times story revealed the FBI opened up an investigation to determine if Trump is a Russian asset.

Needless to say, this tweet is brief and to the point: serving as a dark “I Told You So.”

The responses have been quickly pouring in. Some, have come from those of us who always believed the warnings, others, from those who undermined the depths of Trump’s corruption.

You were right all along Hillary. Too bad people instead chose to rely on Trump’s conspiracy theories.

Could you say that a bit louder for Wisconsin and Florida at the back?

You are absolutely right, and I was so wrong about you.

I remember that night. As a youth football coaching legend, I forbid my players from paying attention to politics. So I scheduled a practice to coincide with the debate. I threatened to call the employers of any parents whose kids “no showed” and accuse them of embezzlement.

YOU WARNED US QUEEN!