Hillary Jokes About Trump Being Impeached During Commencement Speech 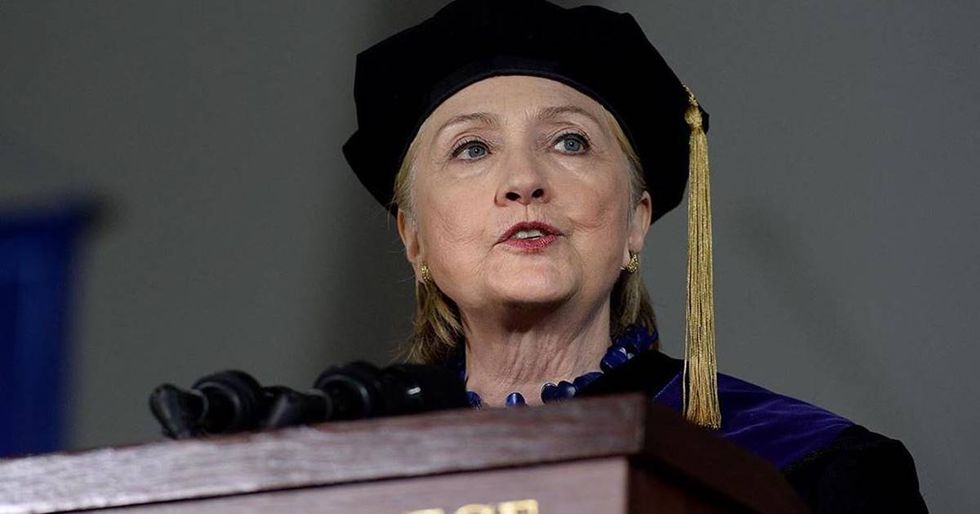 “History repeats itself” may be one of the most overused clichés in the English language, but these days it definitely applies. In a speech to the graduating class of 2017 at her alma mater, Wellesley, Hillary Clinton, drew comparisons between today’s politics and when she graduated. In 1969, Clinton and many of her fellow graduates shared concerns over Republican Richard Nixon, a “law and order” president whose underhanded campaign led to his impeachment. The graduating class of 2017 faces an eerily similar situation with Donald Trump.

“We were asking urgent questions about whether women, people of color, religious minorities, immigrants would ever be treated with dignity and respect,” Clinton said. “And, by the way, we were furious about the past presidential election of man whose presidency would eventually end in disgrace with his impeachment for obstruction of justice.” After the crowd erupted in laughter, Clinton pointed out another similarity between Trump and Nixon. “After firing the person running the investigation into him at the Department of Justice,” Clinton said.

Although Clinton’s comparisons between Nixon and Trump are jest, they do share a few similar characteristics: xenophobia, disdain for the press, and a persecution complex. But Nixon was an establishment, career Republican, whereas Trump is a political outsider and never held office before now. Nixon was also statesman who was fascinated with Foreign policy, while Trump has very little knowledge of the world stage and is most interested in his own self-aggrandizement.

Take Nixon in the deepest days of his Watergate paranoia, subtract 50 IQ points, add Twitter, and you have Trump today.

\n
Trending Topics
THE DAILY GOOD
Start your day with something GOOD.
Trending Stories
The Planet