#IStandWithAhmed: The Internet Rallies to Support the 14 Year Old Texan Arrested for His Homemade Clock

School officials thought Ahmed Mohamed had built a bomb. Now the world is standing up for this adolescent inventor. 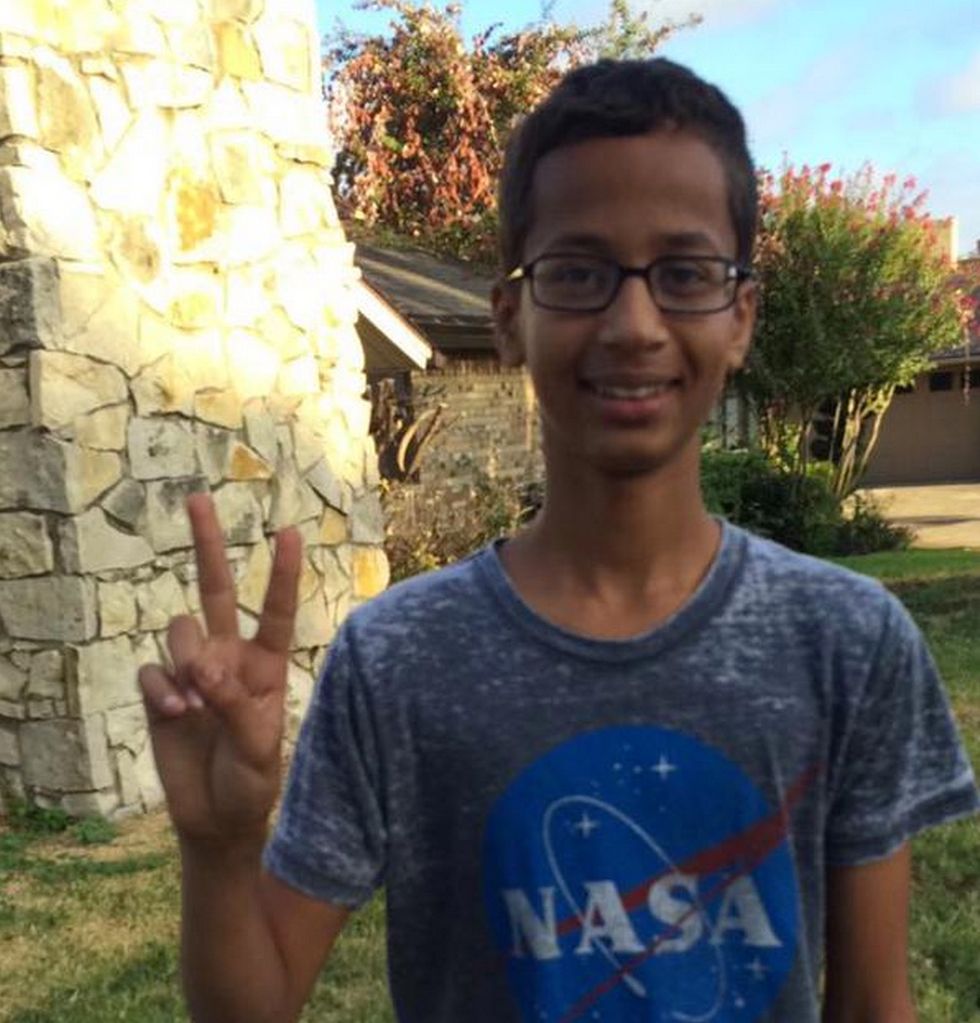 Fourteen year old Ahmed Mohamed loves building things. From radios to go-karts, Ahmed is the sort of kid who has an inquisitive mind, and the natural knack for innovative tinkering that would, you might think, make him the pride of teachers everywhere. But when Ahmed, a student at Irving MacArthur high school, in the Dallas, Texas suburbs, brought his latest creation–a homemade digital clock–to school this week, he wasn't lauded for his technical know-how, or innovative creation. He was arrested for bringing a "hoax bomb" to school.

Ahmed’s arrest has been roundly criticized as indicative of knee-jerk Islamophobia of the worst kind. Across Twitter, people have rallied behind Mohamed, using the hashtag “IStandWithAhmed” to show their support. And while charges against the teen have been dropped, Ahmed’s story, with its shades of xenophobic overreaction, has captured the minds of ordinary citizens, and notables alike.

In just one day, #IStandWithAhmed has been tweeted over a quarter of a million times, catapulting Ahmed and his story to the top of the news, and earning him a number of high profile admirers and invitations:

In response to the arrest, a team of Dallas-area hackers have already reached out to Ahmed in support of his inventive hobby, furnishing the teen with membership in a local hacker-space, as well as new hardware to tinker with.

Software engineer Anil Dash, who has been in touch with Ahmed’s family, has meanwhile been soliciting advice from across twitter for ways to help Ahmed put his creativity to good use.

Ahmed has reportedly vowed never to take any of his inventions to school again. That’s a shame, as more schools could use bright, inventive kids like him, who want to show off what they’ve built. Still, while his creations might not make it back to the school house anytime soon, it seems as if they might be headed someplace even better:

For updates on Ahmed and his story, the Mohamed family has reportedly created an @IStandWithAhmed account on Twitter.