You can see it today in New York City 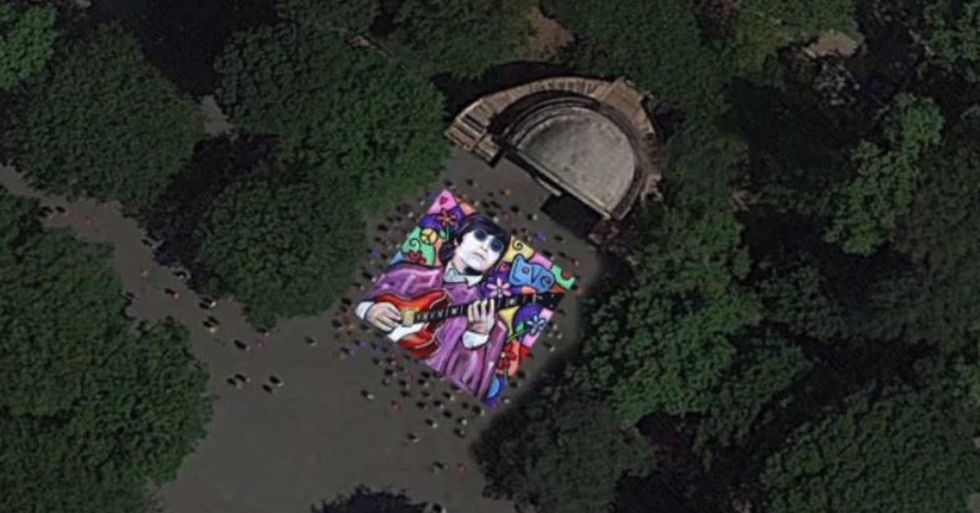 In 2001, painter Eric Waugh broke the world record for the largest painting by a single artist. His stunning 41,400-square-foot painting, entitled Hero, was revealed on World AIDS Day. Now, in honor of the 45th anniversary of John Lennon’s song “Imagine,” Waugh has created a 2500-square-foot painting of the musician that will be displayed today in New York City to commemorate the United Nations’ International Day of Peace.

“It is my hope that people surround the painting and pay tribute to John and his dream for a world without strife, war, and conflict,” Waugh wrote on his website. “Recent events, at home and abroad, show that John’s vision remains as important as ever.” The painting, created at his warehouse in Austin, Texas, is five stories high and took more than a month to complete.

Waugh will unveil and display the painting today in the heart of New York City’s Central Park, directly in front of the Naumburg Bandshell amphitheater. The bandshell is located near the Strawberry Fields memorial to Lennon and across the street from The Dakota, the apartment complex where Lennon was assassinated in 1980. According to Waugh, it’s the perfect location to “imagine again.”