Intel Wants You To Bond With Your Baby 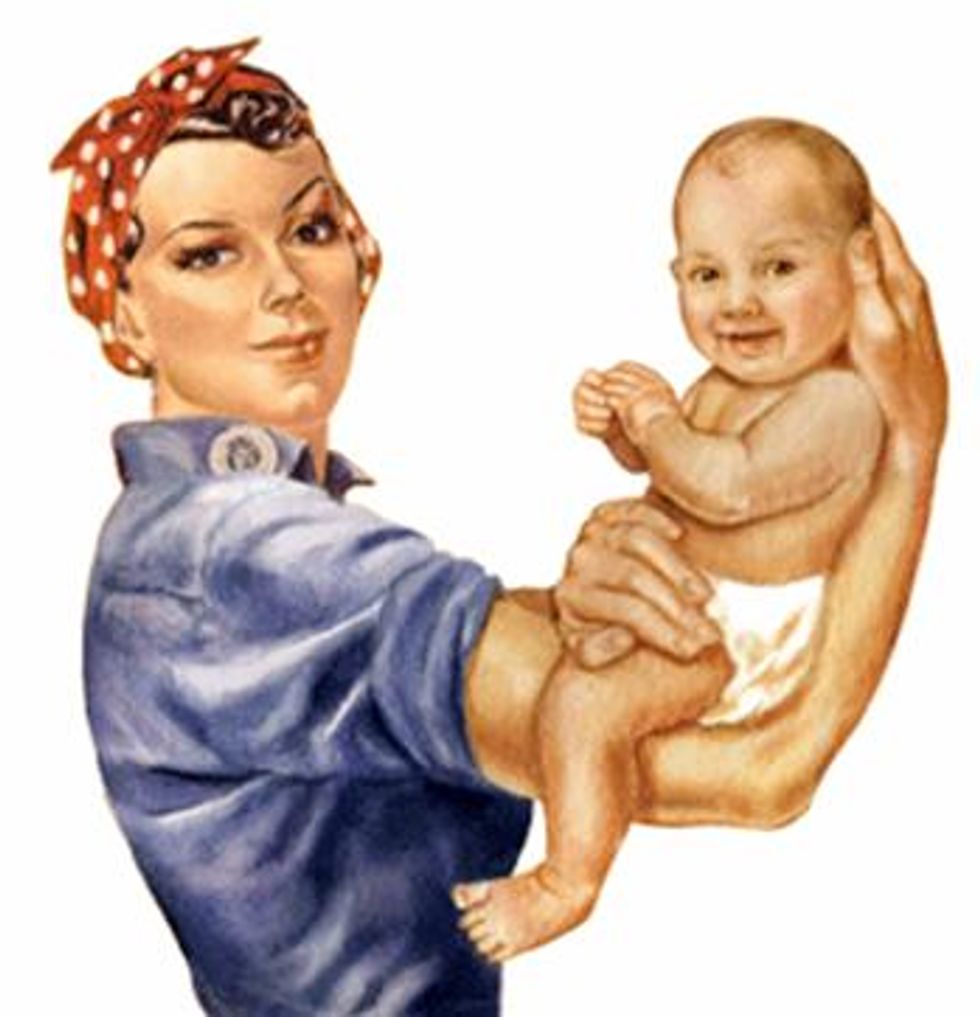 Technology giant Intel announced on Friday that new parents will receive eight weeks “bonding” leave, in addition to their existing policy of 13 paid weeks of maternity leave, the San Jose Mercury News reported. Both mothers and fathers can take advantage of this bonding leave time, which can be used any time within the first year after the birth, adoption, or foster care placement of the child.

The new paid bonding leave has the potential to retain and attract female employees. For instance, in 2012 after Google was concerned that it was losing talented women, it lengthened its paid maternity leave from three months to five and its attrition rate was cut in half. More broadly, paid family leave helps keep women in the workforce and even bring more into it.

However, technology companies and other white-collar jobs are the exception, not the rule to the rest of the United States. A BLS survey of “business, management, and finance” workers found that 26 percent get paid parental leave of some sort. Beyond Google and Intel, Instagram, Reddit, and Facebook offer new mothers and fathers 17 paid weeks; Yahoo offers new mothers 16 paid weeks and new fathers eight. In contrast, Bloomberg Businessweek reports that only 6 percent of service workers get any type of company family leave, paid or unpaid, leaving restaurant employees, sales clerks, and hotel staff little opportunity to both work and care for newborns.

While the across the job spectrum there are a variety of parental leave policies, the United States as a whole is woefully behind in comparison to other countries. Unlike 185 other countries, the U.S. doesn’t require companies to offer paid maternity leave, and 70 countries also require paid paternity leave. Three states have taken matters into their own hands and passed different programs to ensure family leave benefits. While the federal Family and Medical Leave Act requires some employers to offer 12 unpaid weeks, less than half of the workforce is covered by it. This is because the FMLA only applies to fulltime workers at companies with more than 50 employees, leaving out freelancers, contract workers, entrepreneurs, and people who work at small businesses

In the two states that do have paid family leave program policies, businesses report that the policy hasn’t hurt their success and many have even seen benefits like lower attrition rates.

Last week, President Obama highlighted the necessity for paid sick leave in the United States and called for a new proposed law, the Healthy Families Act, which would allow federal employees to take up to six weeks of paid sick leave (which could also cover issues related to pregnancy, birth, and postpartum), even if they have not accrued that much time off yet, the Washington Post reported. President Obama also met with three women, ranging in demographics and job industries, to discuss the importance of paid leave. After the meeting, he said:

"And by adopting this working families agenda, thinking about how we can provide more flexibility to families, thinking about how we can make sure that moms and dads don't have to choose between looking after their kids and doing what they need to do at work, thinking about all those families that are now trying to care for an aging parent -- that kind of flexibility ultimately is going to make our economy stronger and is just one piece of what needs to be a really aggressive push to ensure that if you work hard in this country then you can make it.”

UPDATE: President Obama made family leave a critical component of his State of the Union address on Tuesday. You can watch his speech here, start at the 17:45 mark to see his remarks on paid leave.